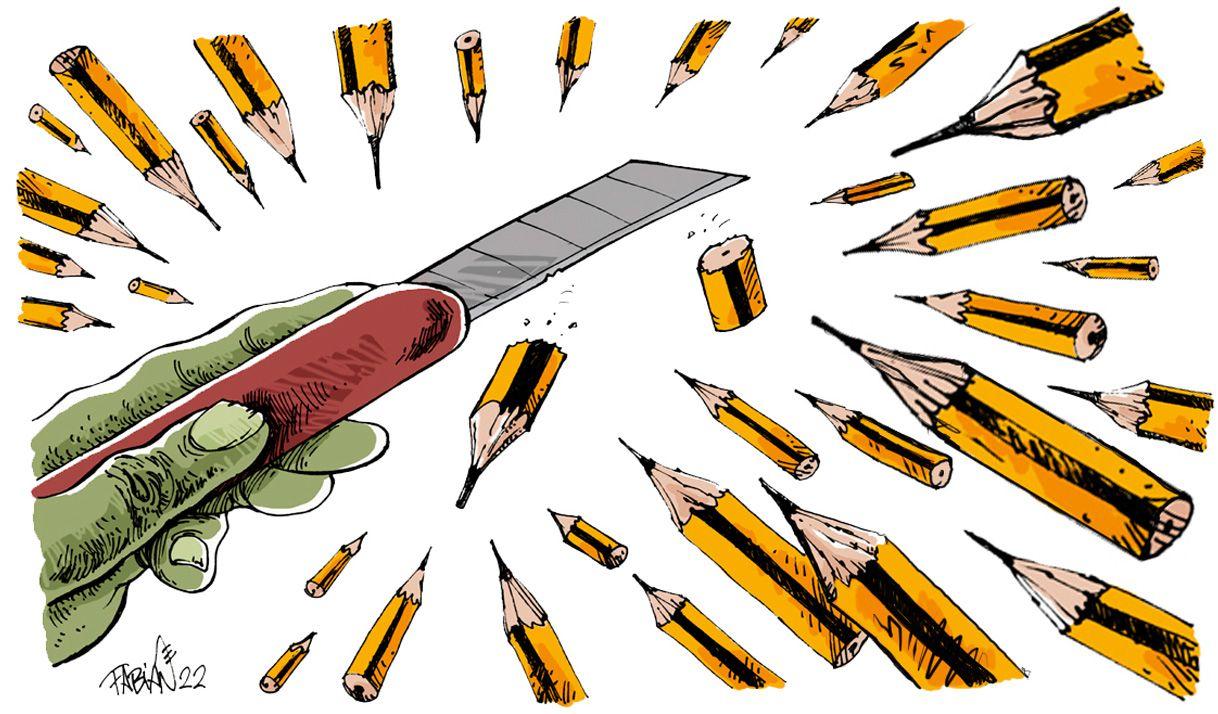 The repressive offensive by Cuban State Security Organs against the elTOQUE team reached a new level of aggressiveness this week. The interrogation and blackmail method, together with the use of travel restrictions on several of our colleagues residing in Cuba, has led thus far to 16 members of our team putting in their resignations.

The pressure has even led to the suspension of the weekly graphic humor supplement Xel2. The project has published uninterruptedly since its premiere in February 2019. The artist, Iran Hernandez, and the director, Wimar Verdecia, have announced this week their decision to stop disseminating their art through the elTOQUE platform or any other independent space outside the control of the Cuban Communist Party.

The most worrying thing these days, however, has been the sick insistence of State Security agents to obtain video “confessions” from our colleagues. The harassment and psychological torture to which they are subjected does not end until they agree to be filmed in protocol houses of the Ministry of the Interior. There, following the instructions of the interrogators, they must “confirm” the central ideas of a fallacy: elTOQUE receives financing from “enemy” organizations and has the mission, as a mercenary entity, of “destabilizing” the Cuban government.

We warn Cuban and international public opinion, and our readers, that we are on the verge of a new propaganda attack against our media on Cuban State TV and other platforms. It is clearly evident that they are preparing to use manipulated videos, taken out of context, and statements obtained under duress, to “construct” one of those “accusations” presented as “reasons” for a country to “defend itself.”

We want to remind the repressors, and all the people who will be exposed to these messages, that a video obtained under this type of coercion is nothing more than evidence that the Cuban State commits psychological torture. We do not recognize any validity in the messages that will be broadcast through the hijacked voices and faces of our colleagues.

We are sadly witnessing the end of Xel2, one of the most challenging creative experiences we have ever experienced and through which we learned to build consensus and respect the diversity of opinions. During 190 issues, the members of the artistic group have accompanied and reflected the vicissitudes of the Cuban citizenry every week with their works.

On the agenda of the Sunday supplement, which is already a benchmark, they have taken on human rights violations against activists, artists and journalists that have become more frequent and visible in recent years; the injustices against the protesters and political prisoners of July 11, 2021 (11J); the increase in dollarization, the economic crisis in our country and its consequences; the exodus of so many Cubans, the excesses of the Etecsa telecommunications monopoly; and pointing out bureaucratism and Cuban bureaucrats…

Convinced of the value of this work, we ensure that graphic humor will continue to be present on our platform. We will take advantage of the unwanted pause to think and build a new project that continues the commitment to political satire and the reflection of reality through graphic art.

elTOQUE has been a space to rescue vernacular graphic humor; the one that drinks from our best-known artists of the pre-revolution past, and which was instrumentalized for years by state propaganda. We will not cease due to the whims of repressors.

We have been in critical situations before. Doing journalism for Cuban audiences is a risky act that has its costs and today we must pay them.

Trust this team. They will not silence us.