Camilo Condis, Lucia March and Alejandro Rojas during the recording of their El Enjambre radio show.

HAVANA TIMES – A tongue-in-cheek reference to the “powders” in Afro-Cuban religion and their effects kicked off the show “Three sad topics”, the latest episode from El Enjambre, a space where people discuss what is being said about Cuba on Twitter, but without losing this “relaxed” attitude that defines us good Cubans.

This episode was heated… we spoke about fake news, the relationship the Cuban government has with its diaspora community and also about “the regulated (grounded)”, the creators revealed in a summary of the chapter.

After the jokes and initial laughter, Alejandro Rojas brings up the “new” blockade for some, embargo according to others: the US Department of State’s sanctions on flights to Cuba.

Flights to nine destinations on the island have been canceled by the Trump administration, affecting 40,000 people who were due to travel and found themselves forced to cancel their flights. As a result, planes coming from the US can only travel to Havana’s airport.

Moving on to talk about the new economic measures the Cuban government has decreed, Condis pointed out that over 10,000 Cubans have opened up free bank accounts in US dollars, according to official statistics.

Lucia March picked up the matter of young Paloma’s death (after being administered a vaccine in a poor condition) and spoke about the campaign her mother has promoted on social media demanding justice and for the causes of this unfortunate event to come to light.

Rojas brought to our attention the media’s role in society and taking care to make sure sources are credible by verifying the information received, in search of the truth. This should always be the case whether it’s party-line or independent media.

The Cuban government’s relationship with its diaspora community, after Diaz-Canel met with Cubans living in Ireland, was also at the heart of the debate this week. “A chaotic relationship that has been 100% problematic ever since 1959 and needs to improve,” Condis said.

“When you talk about Cuban migration and the problems they face, the first thing that comes to mind is the price of a Cuban passport, extensions, ridiculous things. A Cuban passport is the most expensive in the world, is only valid for 6 years, and you have to pay an extension fee every 2 years. It costs Cubans living in the US over 400 USD.” 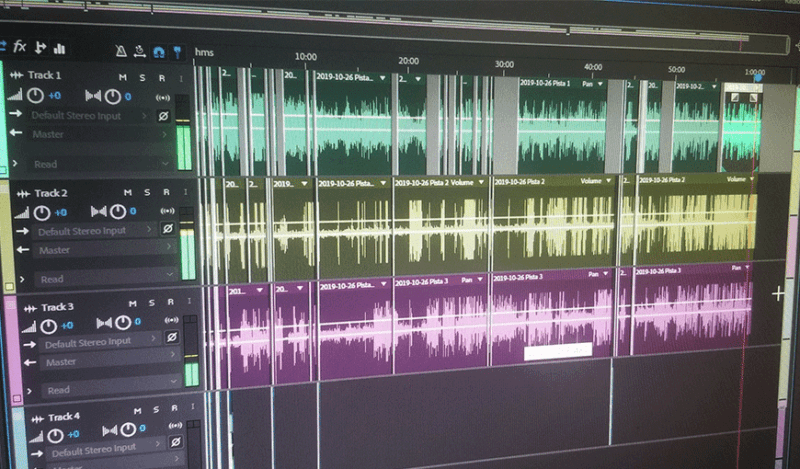 Condis also mentioned the injustice that doctors who abandon their international government missions suffer, as they are prohibited from returning to Cuba for eight years.

The second part of the debate was dedicated to the “regulated” (grounded), who in the words of March, are already at least 189 persons. “On the whole, these people are generally activists, journalists, from opposition groups and others,” who are unable to travel abroad. “This violates Article 13 of the Universal Declaration of Human Rights and Article 52 in the Constitution,” the young woman said.

“All three of us agree that it’s absolutely ridiculous that they are prohibiting Cubans from traveling who have no pending matters with the justice system here, who are not under any legal restrictions. This is something that needs to change,” Condis explained.

In the meantime, the young trio urged listeners to carry on sending in their suggestions so they can continue to positive feedback.

The reaction of users in light of this new episode, was unexpected: “I don’t know if @camilocondis, @alerojas_cu and @luciamarch12 set out on making an “educational” podcast (but what an original way to fill people in,” tweeted @LeydisLuisa.

For his part, @alefuente2011 pointed out that “@radioenjambre, I have thoroughly enjoyed this third instalment, I heard a more balanced podcast in terms of opinion, a round of applause for you @camilocondis @luciamarch12 y bueno @alerojas_cu”.

There are also plenty of ingenious memes referring to “famous phrases” by Rojas, Condis and March.

From Cuba: The Princess Who Saved Herself

La Baria: A Community that Wants to Grow and Flourish