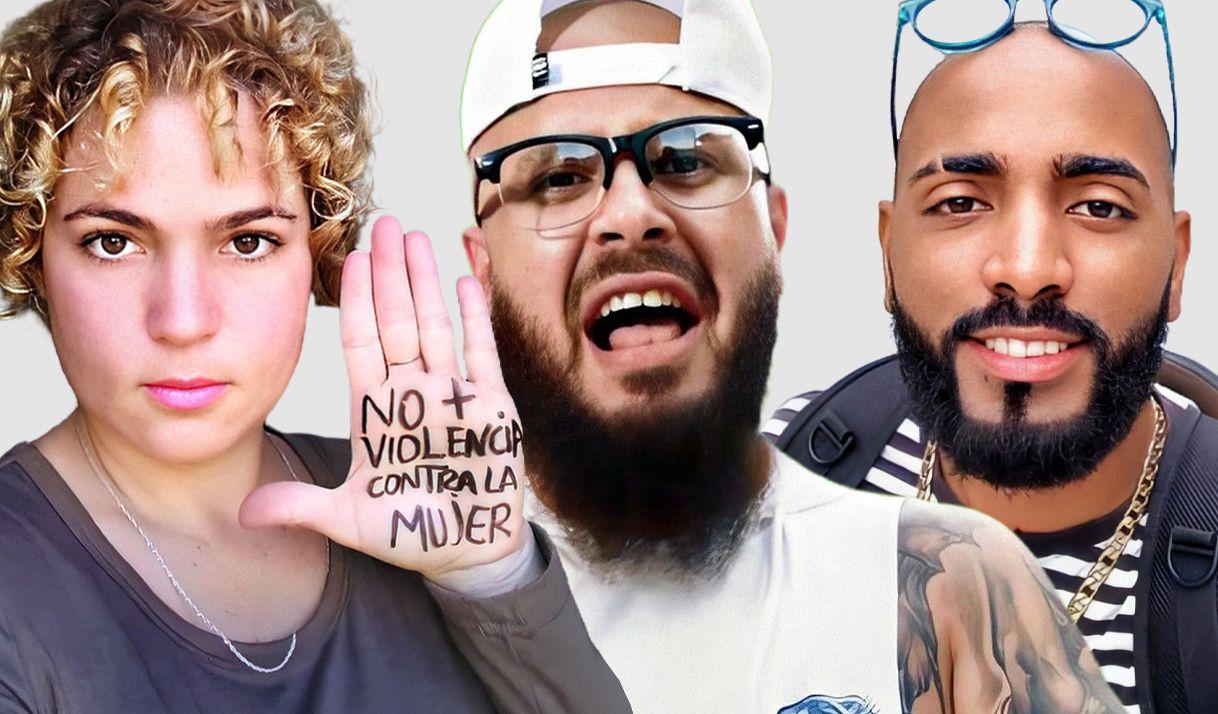 The “Voces presas” campaign demands the release of artists who oppose the Cuban government.

“Voces presas” (Imprisoned voices) was launched on Thursday November 17th by the international organizations Artists at Risk Connection from PEN America and PEN International, in association with Civil Rights Defenders. It is an international campaign in support of poet Maria Cristina Garrido and rappers Richard Zamora Britto and Randy Arteaga Rivera, three Cuban artists who have been put behind bars by the Cuban Government.

The initiative aims to give visibility to how repression has been stepped up against artists and activists in Cuba ever since the mass protests on July 11 & 12, 2021. Especially the stories of these three Cubans, who were punished for using their work and voices to report violations against freedom of speech and human rights on the archipelago.

The director of Artists at Risk Connection in PEN America, Julie Trebault, said: “Lots of dissident artists have been leading recent protest movements in Cuba, using their platforms and creative tools to challenge the false problems and narratives promoted by the Cuban regime and to appeal for a society where human rights are respected and protected.”

Trebault recalled that Cuban artists that oppose the Government “have [repeatedly] paid a high price for their creative expression and have become victims of prison, surveillance, house arrest or have been forced into exile.” Maria Cristina, Richard and Randy were arrested during the protests that broke out July 11, 2021. They have been accused of committing several crimes, but this has just been an excuse to punish them for their dissidence and rebellious work.

Maria Cristina Garrido Rodriguez is a poet from Mayabeque, who hasn’t stopped writing while in prison. She is also an activist against gender-based violence and femicides in Cuba, and she forms part of Cuban Women’s Network. She was sentenced to seven years in prison in March 2022, and was transferred to the Women’s Prison in Occidente (known as El Guatao), on charges of resistance, aggression, incitement and public disorder.

Rapper Randy Arteaga Rivera, who has also used his voice as an anti-racism platform, was sentenced to five years in prison in April 2022. He has been charged with contempt, public disorder, insulting Cuban President Miguel Diaz-Canel and an alleged involvement in the organization of 11J protests in Santa Clara.

Richard Zamora Brito, also known as “El Radikal”, was arrested in Colon, Matanzas, a day after the protests. He is currently being held under house arrest.

“International human rights organizations, along with writers and artists from all over the world, are protesting against the persecution of Maria Cristina Garrido, Randy Arteaga and Richard Zamora, who are facing prison time just because they have exercised their right to free speech. The Cuban authorities should release every political prisoner on the island immediately and without any conditions, including these imprisoned writers and artists, and put an end to the incarceration of innocent citizens,” Ramona Cacchioli, the executive director of PEN International, said.

The campaign in support of freedom for these artists is also urging the US and European embassies in Havana to condemn and take action against escalating human rights violations in Cuba.

“We demand the Cuban Government to give us access to Maria Cristina, Richard and Randy, and to inform us of their current condition,” Erik Jennische, director of the Latin America Department at Civil Rights Defenders, said.

“Voces presas” is also demanding the Cuban Government to immediately release the imprisoned artists and to guarantee that art and activism can be practiced freely in the country. It intends to place pressure so that the Cuban Government eliminates the requirement for state approval – one of the most repressive clauses in Decree-Law 349 -, thereby allowing artists to exhibit their work without any restrictions…

The Cuban Government has stepped up repression and harassment of artists and intellectuals that oppose their rule. This is because the opposition has gained visibility and influence in recent years, whether that’s because they form part of the San Isidro Movement or because they took part in protests on November 27, 2020 and January 27, 2021 in front of the Ministry of culture, or the protests on July 11, 2021 in front of the Cuban Radio and Television Institute.

Some activists have been forced to leave the country, while others suffer jail, harassment, hate rallies, threats, interrogations with State Security, and being discredited by the government’s media monopoly.