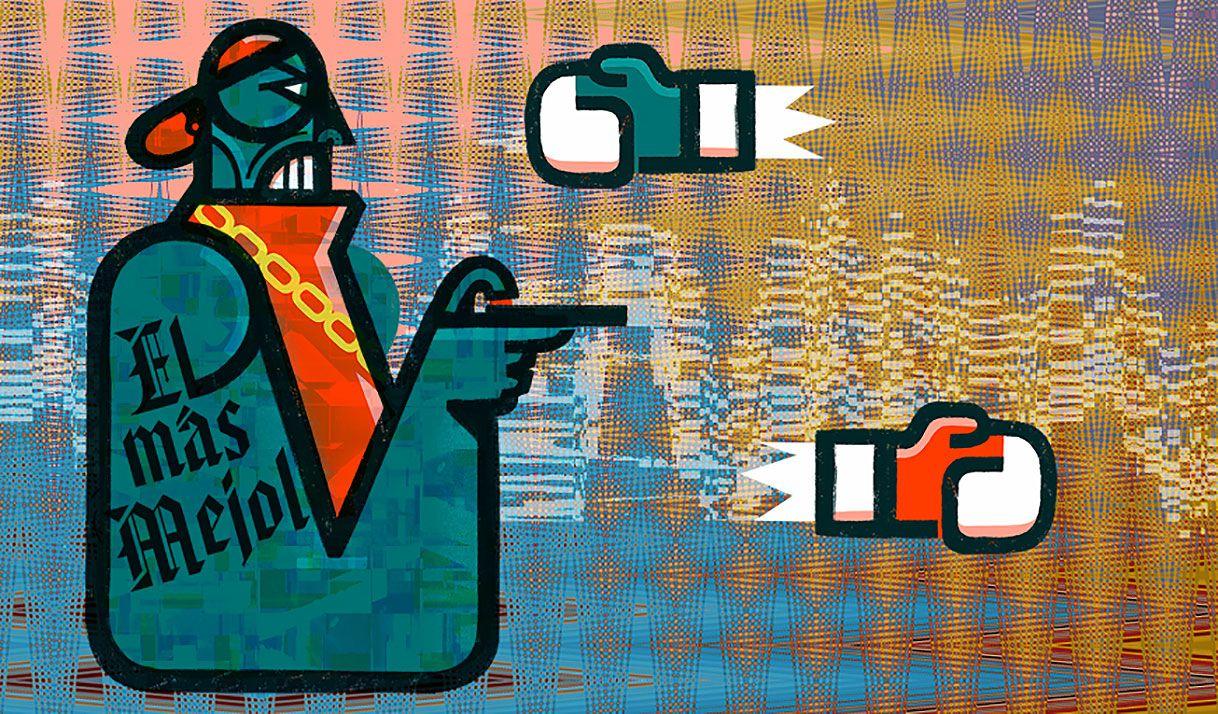 Diss tracks have sought refuge in two music genres, this new century. Hip hop and then, later, reggaeton (and its bastard child, reparto – slum reggaeton) have been the stage where we’ve seen this face-off of verses the most between two (or more) artists. In a kind of coliseum where the best takes it all. “Beef” – as these face-offs are known – is a key part of hip hop culture. The idea of a face-off as a way to win a battle is something the genre has embraced since the very beginning (maybe inspired by one of the cultural idols of the time – actor/fighter Bruce Lee).

So, it comes as no surprise that diss tracks have become a mainstay in Cuba as an expression of some artists’ unease with other artists’ attitudes. Although the marketing aspect of this needs to be highlighted, as it sparks fans’ and the general public’s curiosity and interest.

Like in most of the Latin American world, many of Cuba’s reggaeton artists emerged from the hip hop talent pool. Many rap artists and fans saw this as a betrayal, which led to a fair share of controversy. “La cancion numero 9” is a classic case of this, released in the early noughties. Bian Oscar Rodriguez Gala (El B) dedicates the track to “Insurrecto” (a name you hear quite a bit around here) and to those who made the transition to the new music genre.

But if you’re talking about Los Aldeanos, it’s other face, Aldo Rodriguez Baquero (Al2) is the leading “disser” on Cuba’s hip hop scene. Al2’s diss tracks all share a common feature: his pleasure in egging on the face-off with a sublimation of his political differences with his adversaries. He not only regularly calls them out for a lack of talent, but also accuses them of working for the Cuban Government. From his sacred position as a MC (master of ceremonies), Al2 often attacks different reggaeton artists, such as Insurrecto, Osmani Garcia, Yomil, El Taiger.

A very interesting feature of these diss tracks, which also marks the phenomenon somewhat in the past decade, is the role social media has played as a stage to further expand and amplify these battles. It turns them into a priceless source of entertainment for a society that is hungry for content. A good example of this is the exchange of Al2’s Livestreams with El Taiger and Yomil on different platforms such as Instagram and TikTok.

This all feeds the audience’s intrigue. In addition to the various motives for artists to engage in these assaults, there’s no doubt that Aldo gaining greater visibility by these means is an excellent marketing strategy. The rapper has suddenly entered the sights of other artists’ fans, as well as in the turbulent sensationalist press that relishes in these kinds of conflicts.

But the icing on the cake of diss tracks is that reggaeton artists are taking center stage. In a genre that inherits many of its characteristics and expressions from gangster rap, these kinds of crossovers aren’t strange. Especially given the fact Cuban culture is quite machista. Here, success is determined by being (or appearing or believing you are) better than your counterparts. If there’s been one incident that proves the tenor of diss tracks in Cuba it’s the affair which involved Clan 537 members (Baby Lores, Insurrecto and El Chacal). It was an exchange that exposed the performance of the phenomenon. A show to get the masses gossiping, who go to their concerts with the hope of hearing some kind of attack, as if they were in a remote boxing fight.

When Internet access on the island was still scarce, and music was distributed from hand to hand, the stage was a meeting point for face-offs that became the stuff of urban legend. With iconic scenes such as the funeral Baby Lores and El Chacal gave Insurrecto in Havana’s Rio Cristal Park, bidding him farewell and throwing a coffin into a swimming pool; or the end of this conflict with the legendary 100 CUC (USD) concert in the Red Room at the Capri, where Baby Lores and Insurrecto agreed a ceasefire and buried the most popular conflict between artists of the genre up until that point.

However, the story doesn’t end there, at least not when it comes to iconic diss tracks. That’s because reparto (reggaeton from poor areas) has continued the tradition – like any good son – with its key figure leading the way, Chocolate MC. “Bajanda”, the most characteristic song of the genre, can be considered a diss track in which Chocolate declares himself the King of the Reparteros. The cat that flaunts its crown and wipes the floor with all the mice and rats. This didn’t go unnoticed by his counterparts, of course. The song “A la carandanda”, by El Kamel, is one of the hit responses to that first taunt from the self-proclaimed king.

As a result, anything after “Bajanda” can be understood as a succession of attacks on the El Choco fortress. Wave after wave, his contemporaries and emerging artists have dissed him, or have been victim of his attacks, turning diss tracks into an indisoluble part of the genre. Harryson recently released three songs against Chocolate and not a week goes by when the latter doesn’t publish a more or less hidden tirade against a reggaeton/repartero artist.

Filling in the whole picture, Chocolate MC shared a photo on social media in recent weeks where he appears alongside Al2, probably in Al2’s studio. We’ll soon discover what came out of this union between two of the most talented and controversial figures of Cuban urban music.