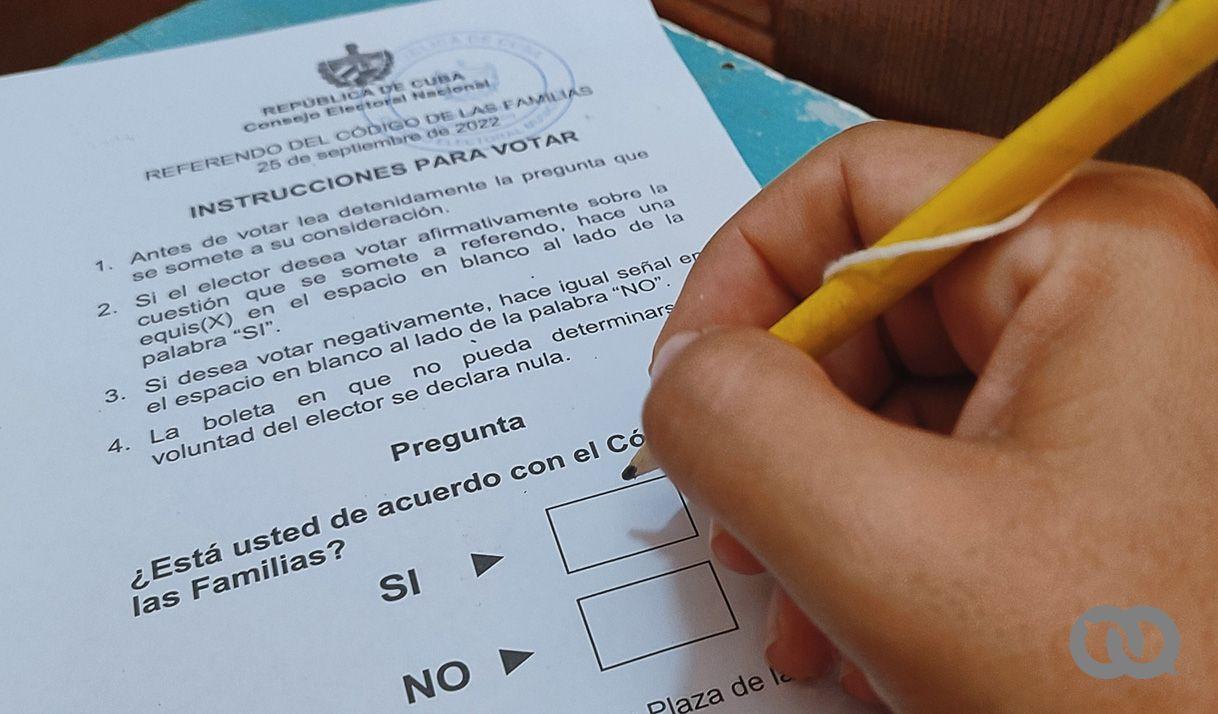 What Comes After the Approval of the New Family Act? 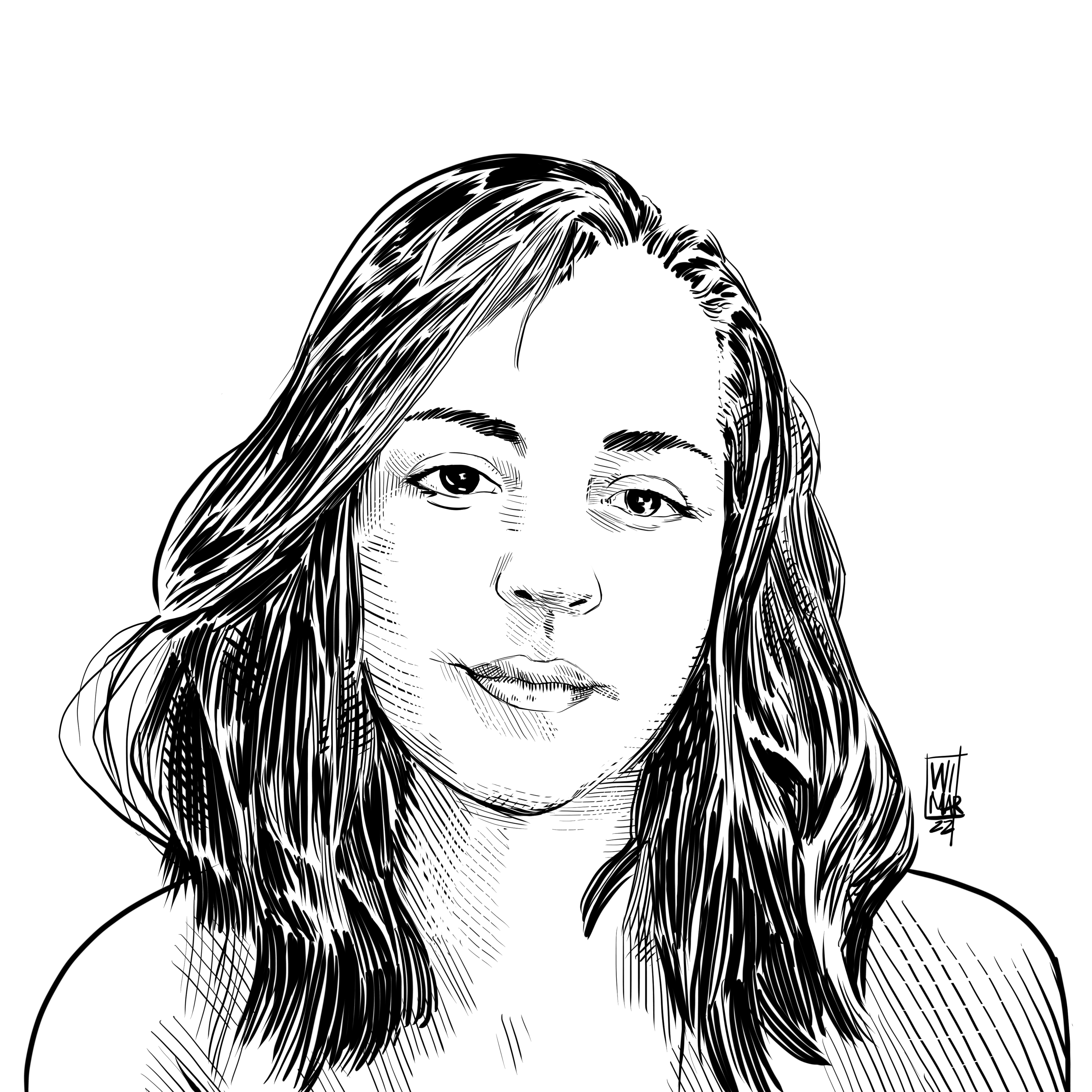 Cuba has a new Family Act after receiving a preliminary count of 66.87% valid votes in its favor on September 25, and after intense campaigns that revealed a much more politically active citizenship, but also polarized stances.

The number of abstentions is perhaps one of the most important take aways from the referendum. With 74% of those eligible going to the polls, turnout was 16% less than in the 2019 constitutional referendum. Some of these numbers answer the call to not legitimize what was seen as a political plebiscite of the Cuban Government.

Exercising this right to practice oversight was valuable and is protected by Article 5 of the Electoral Law. At least 37 reports from people and independent initiatives, such as the Observation of Electoral Rights group were recorded on the platform, having gone to different schools to verify the count once the polls were closed.

The new Family Act, published in the 87th edition of the Cuba’s Official Gazette on August 17th, has been identified as the “Family Act” and has come into effect after being ratified with a popular referendum. It repeals the 1975 “Family Act”.

Legal experts have assessed the law and called it superior, new and technically more complex compared to other laws in the country. This presents different legislative and institutional challenges for its implementation.

The new Family Act is a law that recognizes new rights and creates new kinds of legal relations, and as such, other laws need to be amended, and even approved, in order for it to be implemented.

Lawyers Julio Antonio Fernandez and Johanna Cilano point out that the newly-approved law makes significant changes to the current Civil Code, as we can see in some of its final articles. As a result, reform of this legal corpus is expected.

The final articles of the Family Act give a timeline of new laws and legal instruments that need to be issued almost immediately.

One of the changes in the new Family Act is the institution of the family protection unit, an unprecedented structure in Cuba’s legal history in the past 60 years. Within 30 days, the Ministry of Justice needs to pronounce the rules of how it will work.

The Ministry of Public Health must also proclaim regulations corresponding to assisted reproduction, within the same timeframe, which more people now have access to. Meanwhile, the Ministry of Labor and Social Security will issue legal regulations – without any specific timeframe – about the maternal and paternal rights for surrogate mothers and contracting parents; as well as for the protection of rights of caregivers within the family unit.

Reconciling Cuba’s legal framework with the spirit of the Code might imply the promulgation of new laws, even if they don’t relate to the Act’s final articles. According to Cilano, this might include a Gender Identity law, which LGBTIQ+ activists have been demanding for decades to protect and recognize the rights of transsexuals.

Furthermore, the lawyer anticipates and believes it’s necessary to tweak or create laws for several issues that change with the new legislation. For example, caregiving and how to coordinate it with the child protection system and current legislation.

Nevertheless, Eloy Viera warns that “the law isn’t the limit or safeguard, at least within an authoritarian context like the one that exists in Cuba.” This is why we have to closely follow how the law is implemented and how it is interpreted in other laws.

The new Family Act might clash with the institutional precariousness of Cuba’s legal system, which now needs to take on new functions and processes.

Julio Fernandez finds this Act to be complex in technical terms, which resolves issues that legal professionals in Cuba aren’t ready for.

The lawyer identified challenges such as taxes to the notary system, considering the high number of legal relations that will be resolved as agreements between natural persons. Parental responsibility agreements are an example of this, establishing custody and the shared care of children, as well as matrimonial agreements.

“Notaries have a huge challenge ahead of them. A new notary law is needed because anyone who knows about civil legal traffic, especially inheritance, knows that it isn’t enough. The Law will need a specialized notary in family affairs.”

On the other hand, Fernandez points out that the new law increases voluntary jurisdiction, such as legal authorization needed for surrogacy or as a means for the voluntary delegation of parental responsibility, and this is a challenge for the Courts. As a result, it also modifies the court system, which now plays a more important role, as well as its internal structure.

The same goes for the Public Prosecutor’s Office when it needs to be present in processes to represent and protect minors and other vulnerable persons in situations that the Law in Cuba didn’t recognize before.

“This is a really bad time for the Courts and Public Prosecutor’s Office. They have legitimacy problems and not enough people available to be judges and public prosecutors in such a complex socio-political context,” Fernandez notes.

“Another kind of law needs to be taught”

Law representatives need to be trained to adopt a legislation as complicated and innovative as the Family Act, and this was a concern that the lawyers consulted for this article shared.

“The Family Act transforms the branch of Family Law into something a lot more complex and rich than it has been up until now. We have to start teaching another kind of Law,” Fernandez says.

Some of the most applauded breakthroughs in this new law are the inclusion of a more far-reaching concept on gender-based violence that covers pretty much every form of violence, as something to be considered in different processes. However, women’s rights activists have made repeated complaints about the revictimization of women who suffer abuse at the hands of ill-trained judges, public prosecutors and even lawyers.

“Training is an extremely important issue. The system is fed a supply of graduates who come out of university and go into the Courts, and today this system is marked by an exodus of professionals. Therefore, personnel shortages are also very significant,” says Eloy Viera.