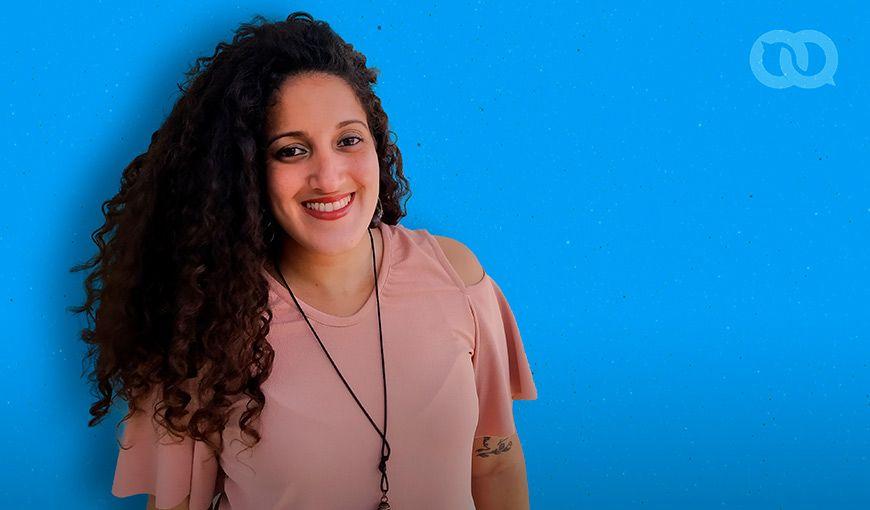 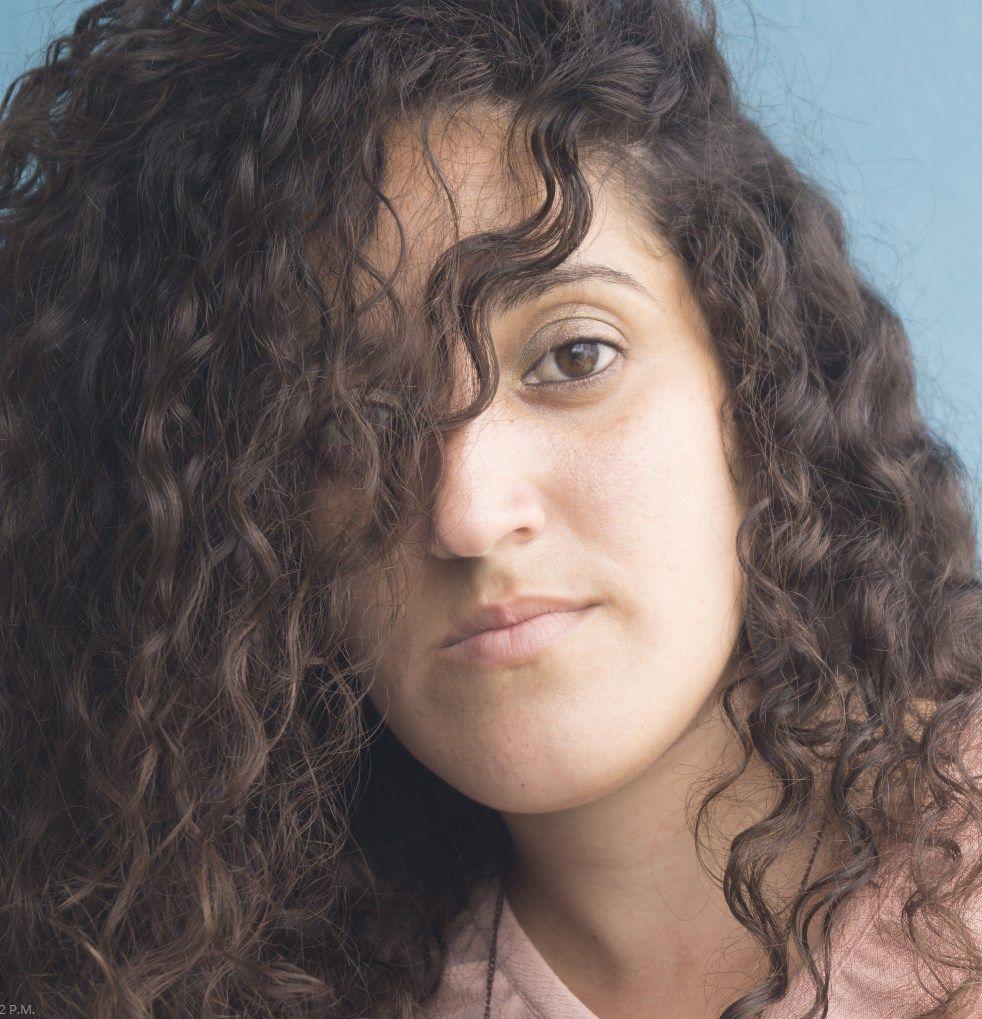 “You will suffer the consequences. We will accuse you of being a mercenary. The next time we see each other it will be to talk about your judicial process. All this posturing you’re doing will fall apart, and you’re going to beg us. You think this is a game. Did you understand in legal terms what I told you?”

Since you don’t respond, I’m going to take your silence as a “yes,”said Captain Adalberto of State Security. It was the afternoon of October 15, 2021.

“Adalberto” also called me a “useful idiot” and clarified that I was unimportant in my world, adding that “no one is going to remember you if something happens to you.”

This “encounter” has been in many ways an initiation: my first interrogation, the first time I was personally and physically approached as part of the state’s effort to intimidate journalists, and the first time I have decided to remain silent in the face of offenses and mistreatment. “Don’t talk to them” was the legal recommendation of several friends, and I adopted it as a mantra.

At the Police station located on 62nd Street in the municipality of Playa, Havana, “Adalberto,” a man who does not know me and whom I do not know, has shouted at me.

He has waited for me to sit down in an office accessed through a tiny hallway where several plain-clad women gathered. To get there I had gone down a small staircase. Behind me was the first lieutenant “Manuel,” a name that appears on my summons, and who will not speak in the 20 minutes that the interrogation will last.

“Adalberto” is heavyset. We are separated by a worn table and maybe 200 pounds of arrogance. Under the typical short-sleeved shirt with blue, tan and white checks is a white v-neck t-shirt. On the right wrist he wears a black digital watch with the square dial that I always saw off. On the table, are a phone and some keys. To try to intimidate me he didn’t need any other accessories, not even the notepad on which he pretended to have something written.

He stretched out one of his arms to greet me with his fist; I refused the gesture. Then, he didn’t allow me to reply when he said I had forced them to officially summon me. I just managed to get in that next time they should put an official stamp on the citation. He yelled at me that what they did was legal, that they could have even subpoenaed me by telephone. He, I and article 86 of the Criminal Procedure Act all know that, a priori, this is not the case.

Summonses must be delivered in person. If this does not happen, article 86 of the aforementioned law establishes that it is done by “means of a relative over sixteen years of age residing in the same domicile, or a neighbor, or of the corresponding Committee for the Defense of the Revolution.”

“If it is not possible to issue a summons in any of the forms provided for above, the mail, telegraph, two-way radio, telephone or any other means of communication may be used with a precise indication of the particulars listed at the beginning of this article.”

The office has the windows open. Above the head of “Adalberto” hang two paintings, one of Che and the other of Raúl Castro. I’m seated in a black plastic chair stained with white paint that reminds me of my student days. For years I sat in chairs like that–cleaner, but with the same structure. School chairs are intended to prevent you from being comfortable. Chairs for “mercenaries” have the same goal.

On October 12, my 29th birthday, someone who identified himself as “Pedro” called me from a private number, and since then State Security has visibly harassed me. Before, when I was living in Cienfuegos, they asked about me, but they never confronted me. When he called me, “Pedro” tried to arrange a “meeting” with me for the next day. With feigned carelessness he let me know that they knew my address. He also proposed that he pick me up at my house and take me to a comfortable place for both of us.

Three days and three phone calls later -two of which went unanswered-, State Security sent a policeman to hand me the summons. It was nearly 8 pm on October 14.

It would no longer be comfortable. I would be made to travel 9 kilometers to be at in a police center at 2 in the afternoon. No action by Cuban security is fortuitous, every detail contains a message.

I only answered three questions: What year did you graduate? From which university faculty? Do you understand what I’m saying?

After the question about where I studied, I decided to invoke the right to not respond. “Adalberto” really got into his monologue. He opened his eyes several times. He accused me of not being able to hold my gaze, “just like mercenaries.”

He insisted that I write for ADN Cuba and el TOQUE. He mentioned what he considered the financing sources of both media. He accused me of working for the US government. He also blamed the LATAM Network of Young Journalists, of which I am a sixth generation member, of being funded by the US.

Each of his statements was preceded by, “I remind you.” “Adalberto” could not understand why someone who had studied at the university could write for independent media. He finds it shameful.

He repeated the same weary and worn-out discourse of calling those who work as journalists, but who are not officially licensed, as “vulgar” and having “sold out for a few dollars.” He sought to create divisions by stigmatizing the practice of journalism. He was met with silence, a silence, he stressed, “would have consequences.”

“Adalberto” assumes that I will not be able to sleep peacefully. He knows that he has at his disposal all the time and resources to turn my world upside down, just as he has done to others. This power is conferred to him because of his role in the machinery of repression and totalitarianism.

“I sleep peacefully,” he added. But his sleeping pills of today can become his caffeine of tomorrow, robbing him of the calm that his position before someone who only measures 155 centimeters, and who is a woman, should give him. I know that for Adalberto women are not worth much; it is noticeable in each piece of skin that hangs out of the disposable blue mask that he uses.

Adalberto is wrapped up in his self-image of the oppressive macho.  This phallocentric superiority is the essence of the Cuban regime, as is evident by the fact that it uses two men to interrogate one woman, even if one of these men doesn’t speak.

State Security and the criminalization of dissent

In the Cuban context, the concept of “mercenary” has lost its traditional semantic connotation. Under the regime’s new language, being a mercenary is synonymous with “dissident,” “worm,” “sell out,” “independent journalist,” “human rights activist.”

The Cuban government criminalizes all external financing that assists the political opposition and the unofficial media. It is for this reason that the hackneyed term “mercenary” is used.

Although article 31 of the Constitution considers paid work to be a social right and duty, those who govern oppose any remuneration that serves to support dissident narratives.

Money, even money from the United States, is not demonized when organizations linked to the state apparatus feed on it. Demonization occurs when the ideas supported by that money are contrary to those in power.

Much of the Cuban opposition suffers from the threat of being legally charged of being “mercenaries.” In practice, however, no activist or journalist has been prosecuted for this crime, which is outlined in the current Criminal Code. This is because it is not applicable in these cases.

In the Code, “mercenarism” is defined as one of the crimes against peace and international law. Those who are prosecuted for it must at least have military training and be operating in a war conflict.

Article 119.1, which further typifies mercenarism, provides that a citizen who, “in order to obtain the payment of a salary or other type of material remuneration, joins military formations composed totally or partially by individuals who are not citizens of the State in whose territory they intend to act, incurs the penalty of deprivation of liberty of ten to twenty years or death”.

Paragraph 2 explains that the same penalty applies to anyone who “collaborates or executes any other act aimed directly or indirectly at achieving the objective indicated in the previous paragraph.”

Cuba was a signatory to and ratified the United Nations International Convention against the Recruitment, Use, Financing and Training of Mercenaries.

According to this 1989 document, a person is considered a “mercenary” for the following reasons:

-Someone who has been recruited, in national or foreign territory, to fight in an armed conflict.

-Someone that fights with the aim of obtaining personal gain and monetary remuneration.

-Someone who is not a national or resident of the parties to the conflict, nor belongs to the armed forces of one of those parties.

Also included in the concept are those who are recruited to engage in acts of violence for the purpose of overthrowing a Government or “otherwise undermining the constitutional order of a State,” and who participate in these acts for the purpose of material gain.

The Convention obliges signatory States to extradite or prosecute mercenaries they encounter in their territory, regardless of whether the offence was committed on or off their soil.

The legislation that the Cuban regime has used against journalists and activists is Law 88 on “Protection of Cuba’s National Independence and Economy,” also known as the Gag Law.

This law, promulgated in 1999, was used by the government in March of 2003, when it arrested and prosecuted 75 opponents and sentenced them to 6 to 28 years of incarceration. This event became known as the “Black Spring.”

Law 88 has not been employed since. Currently, dissidents are taken to jail under common criminal charges such as contempt, public disorder and instigation to commit crimes.

“Mercenarism” is only used as an accusation in the interrogations carried out by State Security. In Adalberto’s threat, the message is hinted at: “We have our eyes on you.” It is a reminder that every act of protest entails reprisals when you live under a totalitarian regime.

When I got back home, a policeman walked behind me for more than five blocks until I stopped, and he went on his way. Maybe it was a coincidence, or maybe another message.

Cuban State Security has many faces, and this October 15th I had to look directly into the eyes of one of their agents. This narrative is only part of what I saw.