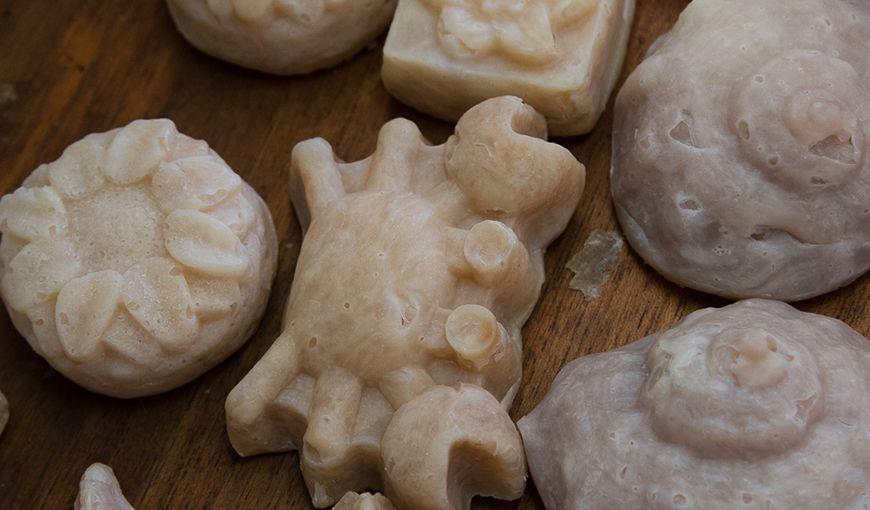 Children’s soaps are in great demand in specialized stores in the capital, as well as in hostels and private rentals. Photo: Ismario Rodriguez Perez

The Soaps Taking Havana by Storm

D’ Brujas Jabon has been making handmade soaps for over four years. Today, these products are sold at the bazaar on Avenida del Puerto in Old Havana. The company holds a handicrafts license.

Sandra Aldama, its founder, had to explain her project in great detail to officials at the Ministry of Labor and Social Security: she wanted to make handmade soaps with natural ingredients. She also had to get another license (Producer, Maker and Seller of Domestic Items) to be able to sell complimentary items, like a basket, a box.

Her creativity had to conform to the rigidness of Cuba’s self-employment licenses. A Soap Maker license did use to exist, but when she opened her business, this license had been suspended. It might have been because chemical products that are used to make soap aren’t sold in the retail sector. However, this handmade soap maker wasn’t concerned about this: “I’m not interested in getting a license to make soap industrially, I don’t know how viable it would really be. What we’ve got going has been working well for us so far, we can innovate with handmade production”. 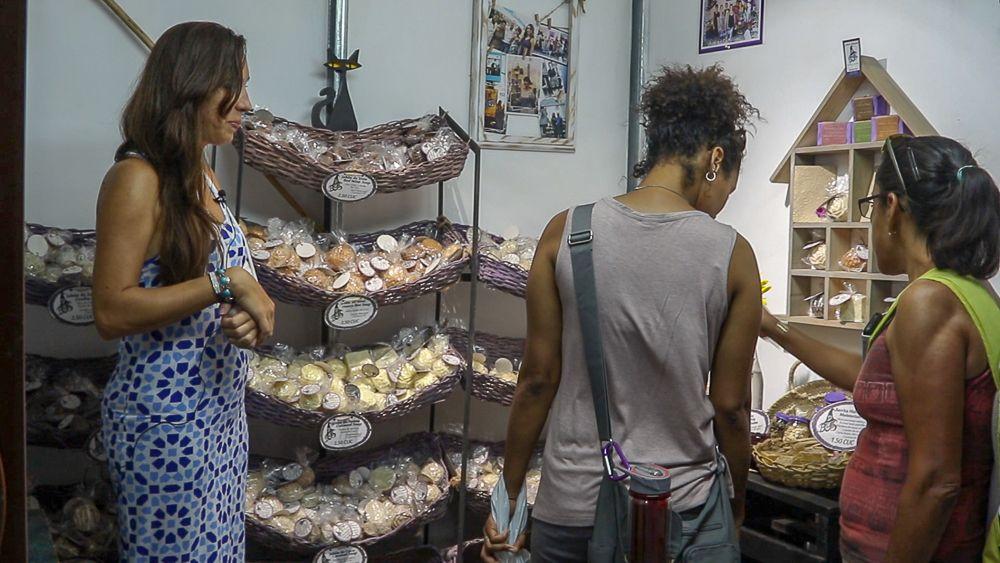 Most of the lines that D’ Brujas currently makes can be found at its retail point in the Arts and Crafts fair on Avenida del Puerto. Photo: Ismario Rodriguez Perez

Handicrafts is the ability to transform a material according to the creator’s skill, and this is fitting because women (in their majority) who work in the production, find ways of giving everyday neutral soaps new shapes and scents.

“After melting these soaps in a pot, we then combine them with natural ingredients such as coconut oil, cocoa butter. We have wanted to come up with new ideas, but within what we are allowed to do. That’s why the melting down process, which is very old, is used. I experimented until I discovered Marseille soap which is a vegetable-based soap and allows the ingredient we use to enrich these soaps, to really have an effect,” Sandra says.

They get the base of neutral soap from the state-run store Habana 1791, but the uncertainty about when Savon de Marseille Superclair runs out weighs heavy on Sandra’s mind. She doesn’t have any control, she doesn’t know whether the store will have the main ingredient for her soaps again before the reserves she has at home run out. 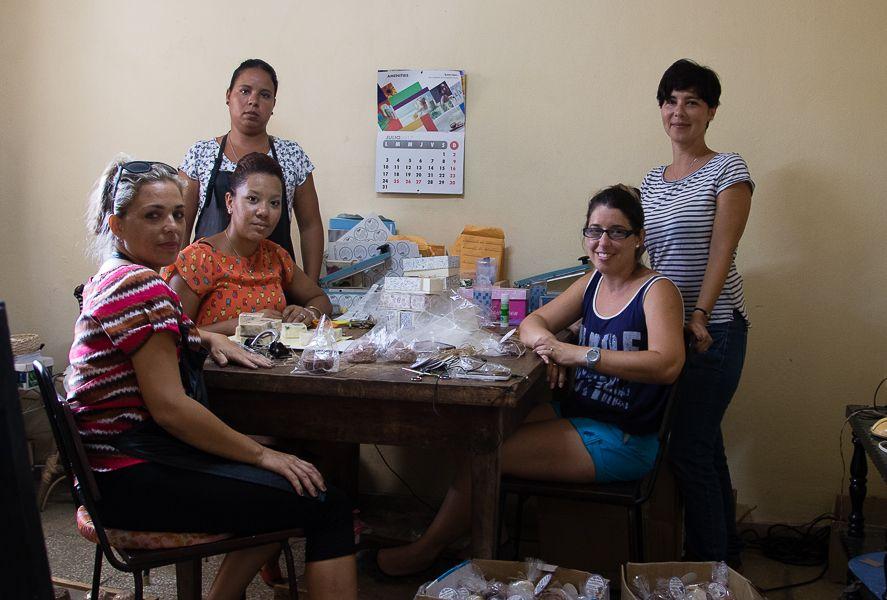 Honey, coffee, wine and rosemary are the most-used natural ingredients. She gets other fragrances from spices stores. She gets beewax from the countryside around Havana.

“We have tried to keep a line going and to make sure that we have enough of everything,” the owner said, who has learned from experience that you only need to run out of one type of soap for everyone to want to buy it. The cost of telling a customer no can be great.

In her endeavors to learn more, she wanted to approach the Cuban Botanical Society for advice that would allow her to make the most of natural resources and to help protect the environment. “We would like to get our work certified; we are making cosmetic products and we could form alliances with other producers and grow together.”

Sandra has followed in the footsteps of her paternal grandmother, Ofelia Zambrano Santiesteban, who always made creams, soaps and shampoo with natural ingredients. Ofelia is a member of the Cuban Association of Artisans and Artists (ACAA) and too part in a science and technique forum in 1994, where she was given a prize with natural products recipes. But, back then, you couldn’t get a license to make beauty products with natural ingredients.

There are still challenges in Sandra’s path. “One of the things we need is an herb garden, where we can plant the things we use the most, which are most beneficial to our health, or the most tricky to get a hold of,” she said. “I don’t want us to be mechanical: make, sell, earn money. There are other things that we want to achieve because what we are offering isn’t any better or worse, it’s just another option.”

This article forms part of a series about entrepreneurship in Cuba, which is being made in collaboration with Periodismo de Barrio.