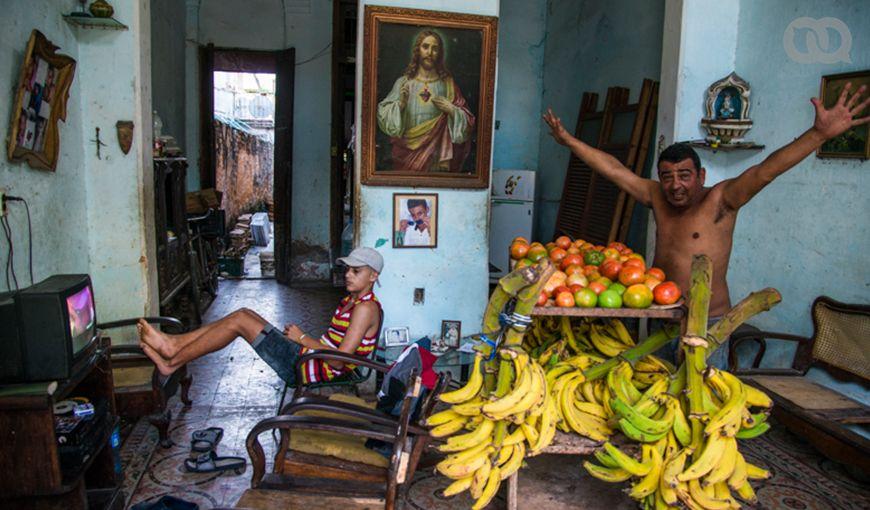 On December 6th, Cuba’s self-employed workers woke up to news that could mark many of their personal and professional lives in the future: several of the 20 legal provisions that refined the Self-Employment Law, which came into effect on December 7th, had been modified by the Council of Ministers.

The amendments included being able to exercise more than one activity. New licenses will also be granted for 26 out of the 27 professions that had been suspended, computer programming being the only exception.

On the other hand, food establishments will be able to have over 50 seats to serve customers and the amount their income they can have in cash on hand has been increased to 35% to cover smaller expenses and unexpected events, and this doesn’t have to be deposited in a bank account.

Months of “debates” have passed since August 2017 when it was announced that self-employed licenses were being frozen. These surprise alterations by the government came just a day before the new rules took effect, and which had seemed irreversible.

“I am very happy even though I already handed in one of my licenses last Friday so as to avoid long lines… but I’ll get it back,” Marta Elisa Deus published on her Facebook page, who owned two businesses up until recently: Deus Expertos Contables and Mandao Express.

Her employees were so busy doing the accounting for other businesses (the raison d’etre of Deus Expertos Contables) that they were unable to also take on the job of taking and bringing documents to and from their clients. That’s how Mandao Express was born, to deal with deliveries, mostly between businesses. In the face of these new provisions that banned the possession of more than one license, Marta would have been one of the people affected because her businesses don’t work independently, they complement one another.

As a business pioneer and with the premise of always abiding by the law, she was one of the people who handed in one of their licenses.

Ariel Maceo is another person who received this news with great joy, a young man who works as an art seller at a private gallery. It used to only be at Jaimanita, in Fusterlandia, on the far west side of the capital, but the business grew and they opened up another one in Old Havana.

“I have to have the address of the new gallery on my license in order to work in Old Havana. When I wanted to get the license, I couldn’t because you couldn’t have two licenses. If I had wanted to pay for them both, I couldn’t because it was assumed that the new self-employment regulations that would come into effect on December 7th, were already being implemented.

This was Ariel’s complaint a month ago; now, he can apply for a license so he can continue to work at the new gallery and hold onto his job at Jaimanita.

Employees at the Clandestina store can also get a better night’s rest now. After some craftsmen came together, only one would be directly affected by not being able to have two licenses: Lidia Romero.

She is responsible for the business’ legal affairs and is also a craftswoman hired at the Fabrica de Arte Cubano (FAC) to sell Clandestina creations. If the new regulations had come into force as they had been originally conceived, then Yiya (as the lawyer is known) would have had to choose between her two licenses and only practice one activity.

“We are very happy that some measures have been reconsidered,” Leire Fernandez and Idania del Rio, the owners of Clandestina, told El Toque.

The amendments made with regard to bank accounts have also put Sonia Suarez and Marta Garcia’s minds to rest, who rent out two hostels in Old Havana. They had voiced their disagreement with having to deposit 80% of their earnings in the bank and then take it back out because they say: how are we going to continue to buy the things we need if we don’t have this money?

Roberto Bueno is a driver, and even though these amendments don’t put a huge smile on his face, he has reconsidered the idea about having a bank account. “We still don’t agree with the measures that are being implemented in our transport sector, but at least they rethought something because we were being asked to deposit too much money in the bank and now we can choose whether we do this or not and the sum is more in keeping with every worker’s real income.”

This news confirms that the debate about the new set of regulations that came into effect on December 7th, hasn’t been in vain. Business owners’ opinions, which were mostly negative, were taken into account. And even though they still don’t meet everyone’s demands, at least some amendments have been made in the self-employed’s favor, who constitute 13% of the country’s labor force.

“The authorities listened to what colleagues, economists and citizens were saying in discussions, letters, opinions and articles over 14 months. It was worth it and we have to make it still count. The imminent and necessary creation of SMEs shouldn’t be undertaken when ignoring our opinions. I am ready for this “struggle”. These are Oniel Diaz Castellano’s words, the co-founder of AUGE, a group of professionals who offer Cuban entrepreneurs services in business management, design and communication.

Economist and researcher Ricardo Torres called these amendments “an unprecedented decision especially in the private sector”. “If only this is the beginning of change where Cuban citizens’ rights and interests are considered in Cuban State policy-making,” he shared in a public post on his Facebook page.

Camilo Condis, a businessman and manager of the Arte Corte social project, believes “that this reevaluation of self-employment regulations is a positive sign.” He tweeted that this “a display of the fact that the Cuban government is listening to our opinions and this will always be important”.