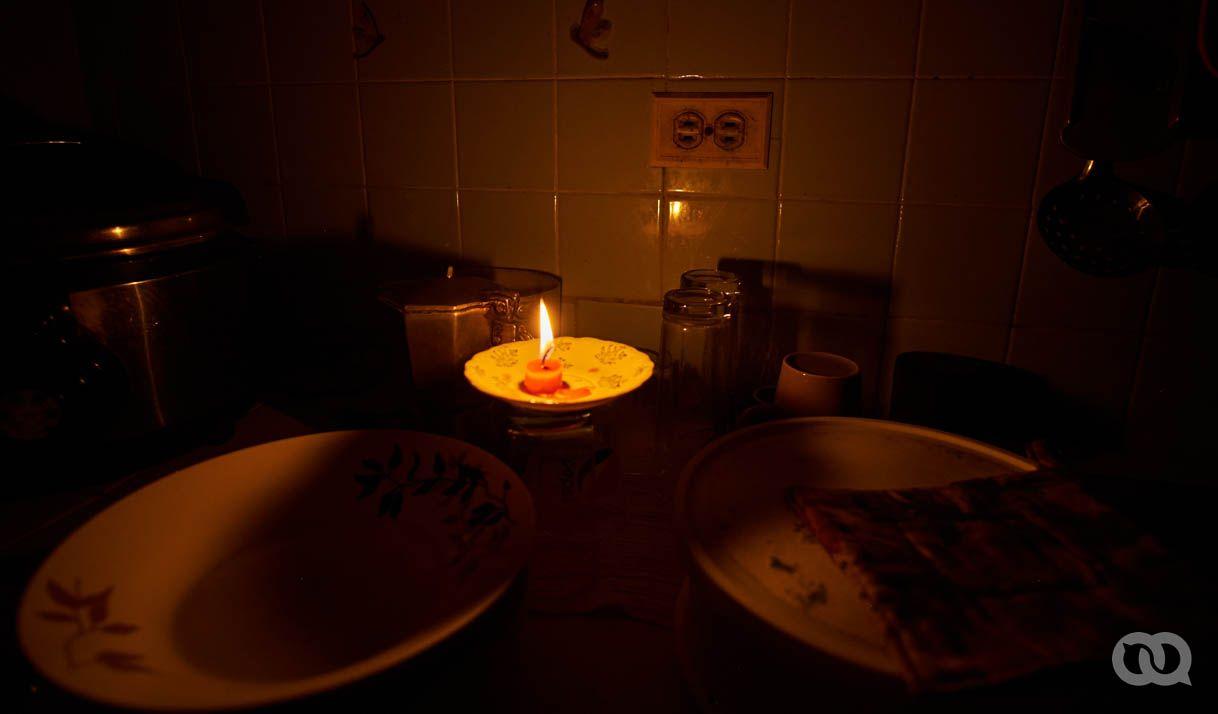 How Cubans Cope with Long Hours of Total Blackout 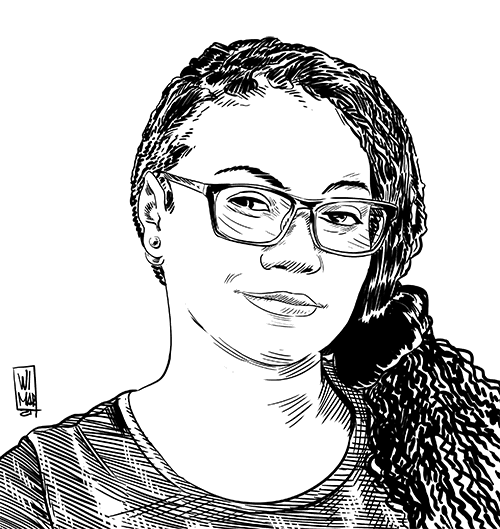 There is no water, food spoils, children cry; people on the streets look like zombies, sad, silent, hopeless. This is a portrait of today’s Cuba.

“Exceptional situation” is the new term that the government invented to call the massive blackout that has persisted on the island since September 27th and has brought many to the brink of despair.

Without a real idea of ​​when the ordeal will end, messages on social networks like WhatsApp, Messenger and Telegram, share testimonies and catharsis on the very difficult moment people are living.

The top concern of Cubans after the continuous hours of blackout is food. The anxiety is logical. For a long time now it has been very difficult to access food, not only because of scarcity, but also because of high prices. Some basics are only available in dollar-priced stores via MLC cards, a currency in which almost no one receives at work.

For some it has not been enough to leave the refrigerator closed. In many places “it leaks”. They have given up drinking cold water to cool off from the heat to maintain the lower temperature for as long as possible to preserve food.

“In my house we are two elderly people, the little food that we can buy at high prices has defrosted and we constantly boil the milk, which cost us so much. What can we do if we don’t even have anything to cook on because a sack of charcoal costs 500 pesos? I have been through many difficult times, but none like this one,” says Virgina Maria, a resident of Sagua la Grande, Villa Clara, after a day without electricity.

Testimonies like hers are common and constant. Those who live with children, the elderly or sick people are the ones who have suffered the most from the prolonged blackout that still does not have a clear solution date. And remember, there were already hours long daily blackouts in most places before the total outage.

Lianet, a 28-year-old widowed mother living in Jagüey Grande, comments desperately that she does not know what to feed her children and her sick mother. “You can’t even go to a store to buy something like you used to. Without electricity they don’t open and, on top of that, without MLC you can’t buy either”. She says that she lives “day-to-day” and her work requires electricity. “We are five and the State only pays me 2,258 pesos (Less that 20 USD a month) and besides, I’m renting. And nobody cares!”

In Sierra de Cubitas, Barbara Trimiño’s family had to cook all the food they kept in the freezer. They ended up sharing it with their neighbors. “It was going to spoil, and it was better to give it to others than to watch go off what had cost us so many hours in lines and sacrifice,” laments Barbara.

The massive blackout that Cuba is experiencing took families of the center and east of the country by surprise since they were not affected by the passage of Hurricane Ian. In most of these provinces, where blackouts were already scheduled daily for three, four or five hours, people are used to keeping their refrigerator door closed to preserve low temperatures. Others have found a way to preserve their food by salting or even frying the meat and leaving it in lard.

However, the main “main dishes” that are available on the island are sausages, mincemeat and chicken, foods that cannot be preserved through these methods.

They haven’t suspended classes but…

Ariana Salgado assures she will not take her children to school while there is a blackout at night. They do not rest; much less her. She can’t send them tired, sleepy. “The teacher has scolded me because they fall asleep on their desks,” she says.

She has decided that during these days of blackout she will not go to work either. “I need to be at home in case they turn on the power. And if I’m at work when they turn on the electricity, how am I going to charge the equipment, run the refrigerator, prepare food?” she asks.

The reasoning was not her’s alone. As mothers and fathers have commented on social networks, this Wednesday, September 28, several children were absent from school. Also many teachers.

However, some parents prefer to take them to school to do housework in case the electricity is restored. Others have picked them up at noon because without electricity it is not possible to make lunches.

A supposed announcement of the National Assembly suspending classes went out on social networks and was denied hours later. However, some colleges and other institutions that have boarding students have suspended classes until next week. Some, after the passage of the hurricane; others, due to the energy contingency.

It is not new that some parents refuse to send their children to school if they had a blackout the night before. However, the days that some have lived not only without electricity, but also without water, which can’t be pumped, have caused many more to consider not taking their children to kindergarten or primary school. Many have also decided not to go to work.

In some parts of the country the electrical service has been temporarily restored. Some important entities, such as hospitals, funeral homes, police stations or bakeries, have continued to function thanks to power plants.

The same has happened in some homes. Sometimes people offer their outlets for others to charge their equipment.

Mayra Ramírez has a backup electric generator that her son brought from the United States a few weeks ago. Her neighbors in the Playa neighborhood of Matanzas, have recharged their phones and lamps there. “I can’t help as many as I’d like because the plant is underpowered, but someone can always charge up,” she said.

“Come to my house to cook, boil milk, charge equipment, whatever you need,” is a message that is repeated over and over again in a Facebook group of Cuban mothers.

“This is my address, my phone number. Here you have my humble little house if you need it”, says a mother who understands perfectly well the desperation of parents with small children.

In other Telegram, WhatsApp and Facebook groups, people are also mobilized to share their electricity with those who need it. They even offer to help the families of linesmen and other workers of the Electric Company who came in brigades to the west of the country, or others from the province working in the recovery of the system and who left their homes in the dark. 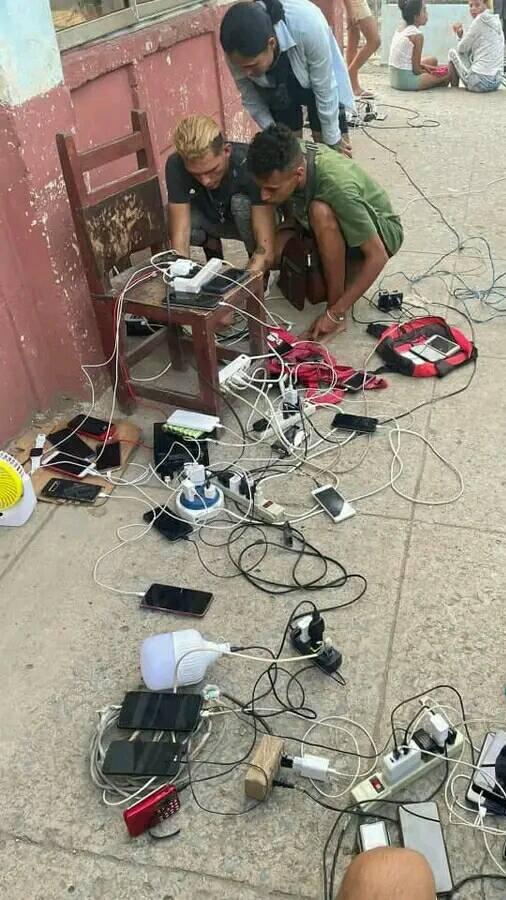 However, also, according to reports on social networks, in some places they charge 100 and 200 pesos for the charge of each cell phone. There is always someone who takes advantage of the misfortune of others.

In several comments to a publication, users criticize that people are aware of others needing to charge their cellphones, forgetting that for many it is the only way to be informed, communicate, have light (with the flashlight or the screen), or that children entertain themselves during hours of despair and uncertainty.

In some municipalities of the country, different circuits had the service restored since Wednesday the 28th. Many others remain turned off and people wonder how it is possible that electricity is not shared equally. Seeing the neighbor lit up when another suffers more than 20 hours of blackout can cause anger, but the culprits are not there.

The few responses from the administrators of the UNE (Electric Co.) Facebook page when they allow comment – ensure that this difference is due to the fact that “there are prioritized circuits.”

“But the priority —says a local from Las Tunas— can be a hospital, a factory, a bakery or the house of the governor or the first secretary [of the Communist Party]”.

Information provided on the government media — fragmented, incomplete, sometimes late — does not satisfy most users. The UNE Facebook page, for example, is updated with relevant information at intervals of seven to nine hours.

On television, to which a large part of Cuba does not have access due to the lack of electricity, the UNE technicians are unable to offer simple, easily understood information. The radio, in many cases, maintains its usual programming of music and radio soap operas.

To make matters worse, the authorities dared to predict the “restoration of the system” in six or eight hours, a period of time already far exceeded.

Other social network users show concern about the triumphalism in the official media, the lack of empathy in the face of the difficult situation that was already being experienced for months; the non in-person appearance live of the main authorities to explain in detail and without detours the current situation and its possible solutions or, even, to offer apologies. They say “the causes are being investigated”, but rarely are those responsible made known.

In the provinces of Las Tunas and Holguín, pots-and-pan protests were reported. It is the way citizens express their boredom and discontent when there are blackouts.

How much longer must a people “resist”? In less than a year they have suffered sustained inflation, food and medicine shortages, an explosion in a Havana hotel, a fire at the Super Tanker Base, a hurricane that devastated a province, and an unstable energy situation for months that has ended with a massive blackout of more than 48 hours and still counting. How much more?