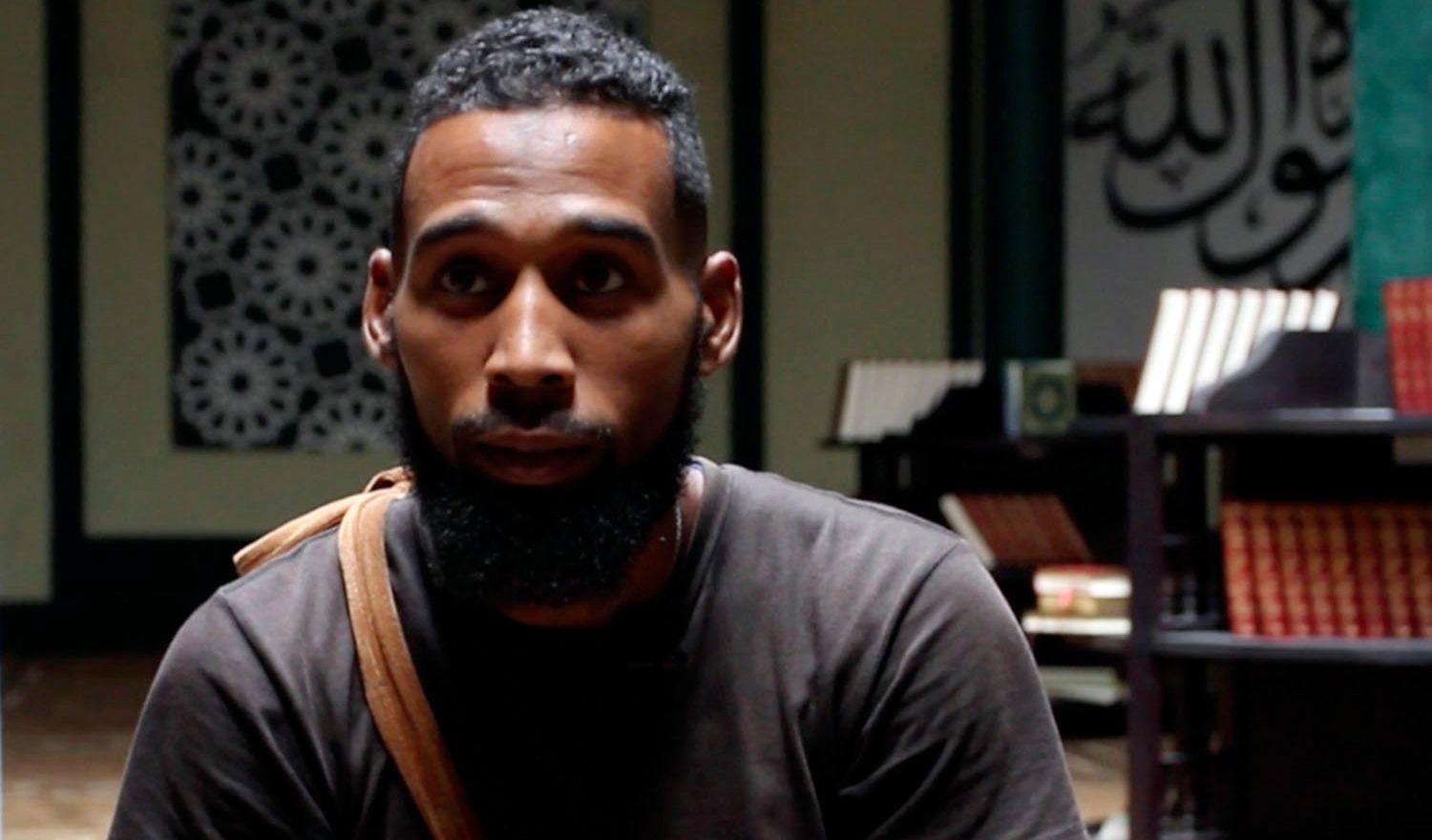 Yusuf, on Being a Muslim in Cuba

Arnaldo was always looking for something. Ever since he was a young boy, he was hit by an infinite number of spiritual doubts. Existential questions really: Does God exist? Who is God? Where did He come from?

The Christianity his mother practiced led him to believe in a superior being, that it was impossible for us to be alone here on Earth and, especially, that so many wonders were accidental.

According to him, scientists have many theories which only tangle an understanding of the world.

Nothing, absolutely nothing, could convince him otherwise.

As a child, Arnaldo was always playing games, mischief and having a good time. Normal. In a Caribbean country, kids didn’t have any other option but joy, pure joy, without any kind of additives, even more so in a city like Havana, where, regardless of the factors that have shaped it, relative safety is an exception among many other Latin American cities.

Arnaldo grew up in the tough ‘90s. He worked whenever he could to help out at home and, in those moments before drifting off to sleep, he would think about the outside world, the world that his friends who had managed to leave drew for him.

As a teenager, Arnaldo became familiar with dominoes, clubs, drinking and girls. Mixed up between one thing and another, he says he spent several years going to bed at 3 AM, at the earliest.

Today, Yusuf is a grown man. He works as part of a demolition team across Havana, his birth city. He is 28 years old and he lives with his wife and five-month old son. The copper tone of his skin certifies his daily exposure to the sun and the thing that really stands out about his slim div is a tidy and thick beard that expands until it covers his neck.

In June 2016, Yusuf didn’t go by that name yet, his only name had been Arnaldo until then.

This man’s life changed that month. One hot afternoon, he was sitting in the entrance to his home, digesting his lunch, when he saw someone pass by wearing a garment that caught his eye. Arnaldo quickly stood up and approached him and asked “Why are you dressed like that? What is your religion?”

In June 2016, Arnaldo changed his name. After a week, he had made up his mind, he would become a Muslim. His name, Yusuf. Photo by the author of this article.

Arnaldo had never seen a Muslim in Cuba before. He was strange, so strange, that he paid an attention to him that he had only given to women before that day. The following day, a Friday, he was already at the Abdallah Mosque, located in Old Havana, talking about life in Islam and understanding every little detail.

“It took a week for me to convert. During that time, I knew that I wanted to be a Muslim. The first Friday of prayer, I went home and I told my mother that I couldn’t eat pork. The only thing she said to me was that she couldn’t believe that I had become a terrorist.”

Yusuf’s current wife studied at architecture school. At the time of his conversion, they were just a couple of people who knew each other. One day, she told him that she was looking for somewhere quiet so she could study for some exams. He told her about a place in the center that was very spacious and empty. When they arrived at the Mosque, he got her talking to the Iman and within a few minutes, Yusuf was watching her study while he was reading the Quran. As they were leaving, they exchanged phone numbers and, during their conversations, they slowly fell in love.

Yusuf, how did you get her to convert to Islam?

I didn’t do anything, she was very unsure about Catholicism, the whole Holy Trinity business sounded weird to her as did any filter that you must have in place in order to speak to God. I just told her about Islam and it was she who made the decision, because she liked the role of women in Islam, more than anything else. Sometime later, during the holy month of Ramadan, we decided to get married. 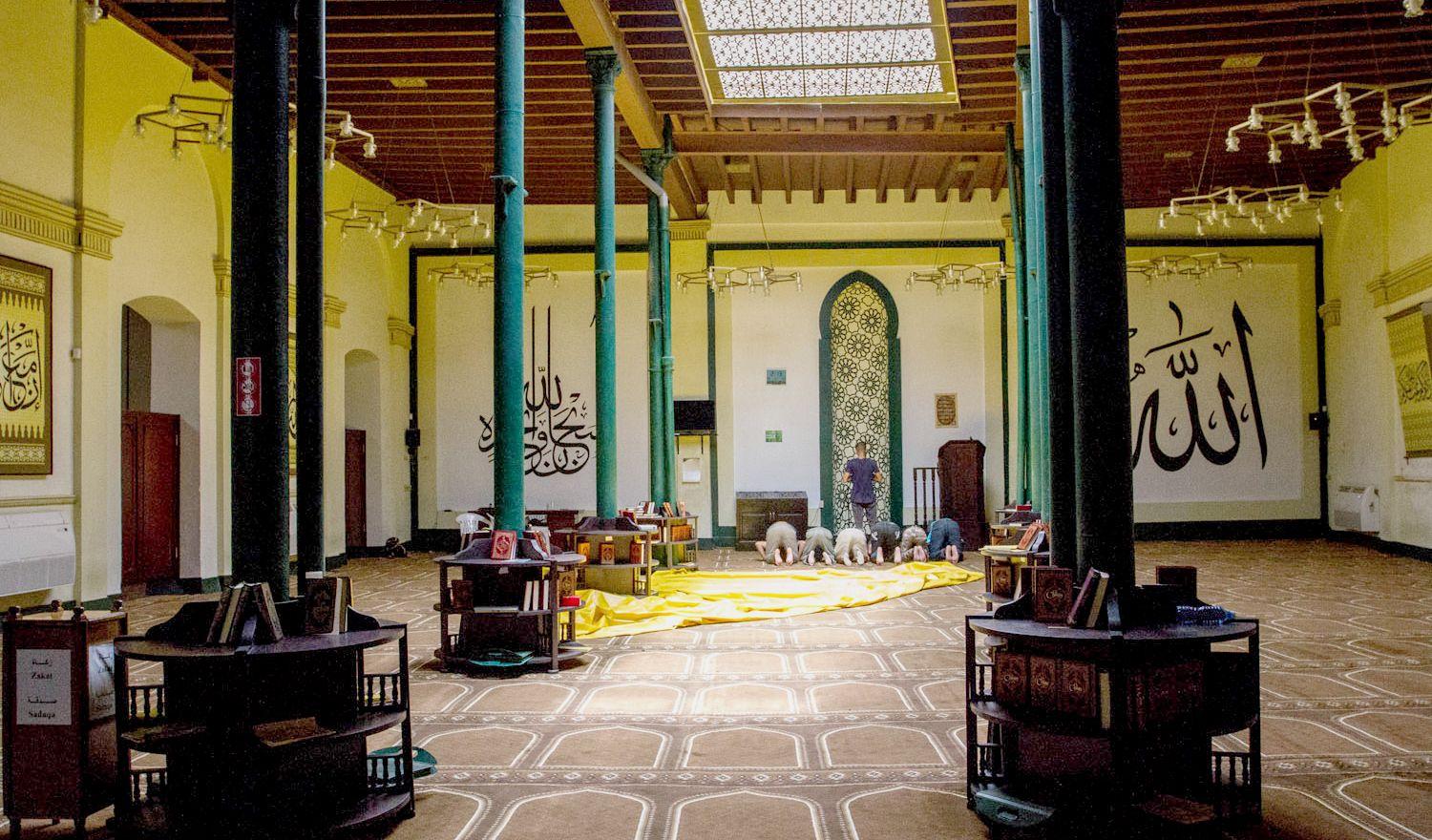 Yusuf goes to the mosque every Friday, no matter what. But, he also sometimes goes up to three times a week. Photo by the author of this article.

A lot of people say it’s very hard, but I don’t think so. It’s something within you and it isn’t hard, as long as you are willing to leave trivialities to one side.

What is it like to be a Muslim in Cuba?

What did your friends say when you told them you had converted?

They asked if I had lost my mind, whether I would start wearing bombs, etc. They saw it as something straight out of a Jules Verne story: pure fiction. When you tell people you are Muslim everyone is shocked, it’s normal, especially in this country.

Are you planning on going to Mecca?

Yes, of course, but I will need to wait patiently for a long time to be able to do that. Living in this country isn’t easy: here, if many people have clothes on their back, they aren’t eating, and if they eat, they don’t have enough to buy clothes. We need to save and with a baby now too, well you can imagine!

How often do you go to the Mosque?

“Every Friday, for sure, but sometimes (whenever I can), I go up to three times a week.!”

What have you found in Islam that you couldn’t find anywhere else?

“Peace, brother. Peace. And being young still, that’s a blessing.”