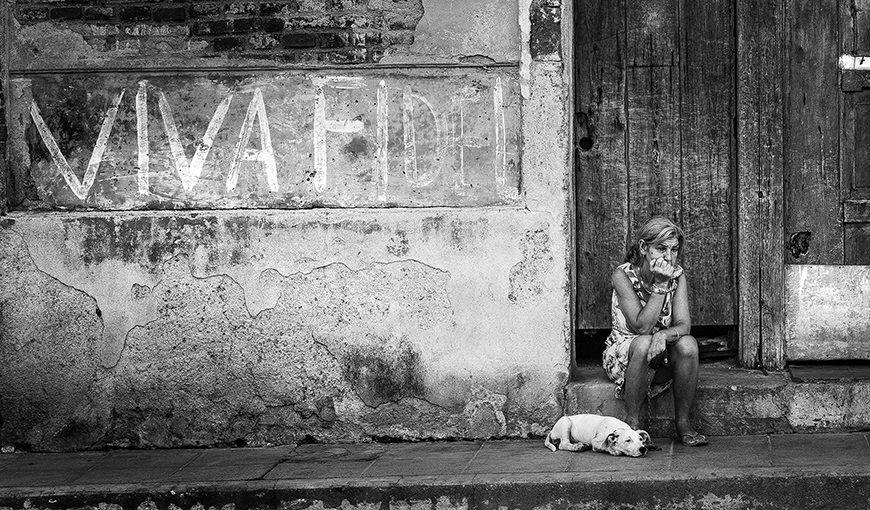 Cuba Is More than the Revolution’s Intransigence

In a speech to the Cuban Journalists Union (UPEC), President Miguel Diaz-Canel has made it very clear to me (if I ever had doubts that is) that he is a part of the “Revolution’s” orthodox tradition, which considers “intransigence” to be innate to its condition.

This orthodoxy likes to remove itself from its detractors, instead of trying to rule for everyone, even those who don’t believe in the Revolution.

Two of his phrases take us back to the discriminatory and aggressive rhetoric that upholds a vision of politics as a battlefield of enemies, instead of adversaries (to my great regret).

Shakespeare’s idea of “to be or not to be” affirms the writ which was already described in 1961 by Fidel Castro in his “Words to Intellectuals”: “within the Revolution: everything; against the Revolution: nothing.” It’s obvious that you can’t be and not be at the same time. Here, the problem lies in the government imposing on citizens their idea of what they need to be.

The second idea (which is even more dangerous) conditions renowned rights for all, because according to the president, some Cubans don’t form part “(…) of Cuban society which won the exclusive right to discuss how to design the country’s future with great sacrifice and efforts.” Those who don’t form a part of society haven’t won the right to participate, they need to be ignored and brushed aside.

I’m not surprised that we are once again coming up against this warmongering rhetoric, because it is only about returning to the main political strategy that we have had over the past 60 years: ignoring, defaming and crushing anyone who dissents.

In a setting where everyone is reduced to being a revolutionary or counterrevolutionary, they have deliberately left out the fact that there are more comprehensive concepts which force us to discuss the construction of our society as equals. And that’s because Homeland and Nation are more than Country, Socialism and Revolution.

In my opinion (and in the opinion of many others who believe that our country can change via a vigorous and open debate between every Cuban sector), I would like to be considered someone (if I were ever to be considered anything) who tries to distance himself from what I understand is an undemocratic political system and incompetent economic model.

That’s to say, that I be considered an adversary to the Communist Party government and not an enemy because I’m not looking for its disappearance, nor the death of those who support it, nor do I want to strip them of any of their rights.

However, I can’t accept (because this would be ideological suicide) the idea that the “Revolution” has more of a right to exist than I do to communicate my ideas, dissent and try to influence change in my country.

Some friends doubt my views, saying that my vision of us being able to have a dialogue and enter into reasonable debates with those who cling onto power in Cuba is useless, or naive.

With his speech to government journalists (and the Cuban people), our current president seems to give reason to those people who believe that the Cuban government doesn’t give its people enough tools to transform it from within.

Even though some Cubans might be euphoric because our leader has given his support for State Security to continue persecuting young journalists, academics or any other professional who has begun to communicate outside of the Communist Party’s control. Deep in my heart, I feel like his speech on July 14th was a great setback.

The president is wrong if he thinks that he is standing before a homogeneous society, where his desire to exclude those who don’t agree with his decisions will be accepted by everyone without question.

What is he thinking of doing with those who no longer believe in the Revolution? Will he continue to drive them out to emigrate? And what happens if they don’t emigrate? Will he convert them into second-class citizens, or worse yet, strip them of any rights?

The person who doesn’t see this is either pretending not to see or doesn’t want to see. Ignoring and defaming those of us who think differently might have worked very well in the past (if we look at repression from a cynical point of view) 50 years ago, when the country had undergone a mass homogenization process. However, in Cuba today, this is a sure step towards the government’s gradual demise.

Today, Cuban reality is the exact opposite of the purity that orthodox discourse preaches.

Every day, we see a more and more diverse society, a Cuba where there are more channels for us to exchange ideas, goods and values, a budding private sector, expanding here but supported by the diaspora community (in spite of all types of obstacles) and a conviction that government propaganda (no matter how hard they try to recreate today’s reality), retouched so as to maintain consensus, isn’t loyal to the reality that Cubans have to suffer day after day.

In the face of the discriminatory demarcation of what is the revolutionary terrain, I would like to recall Marti’s words, when he wrote a phrase that defines the Republic, at least in our current Constitution still: “for everyone and for everyone’s wellbeing.”

This is how we need to build the Homeland.