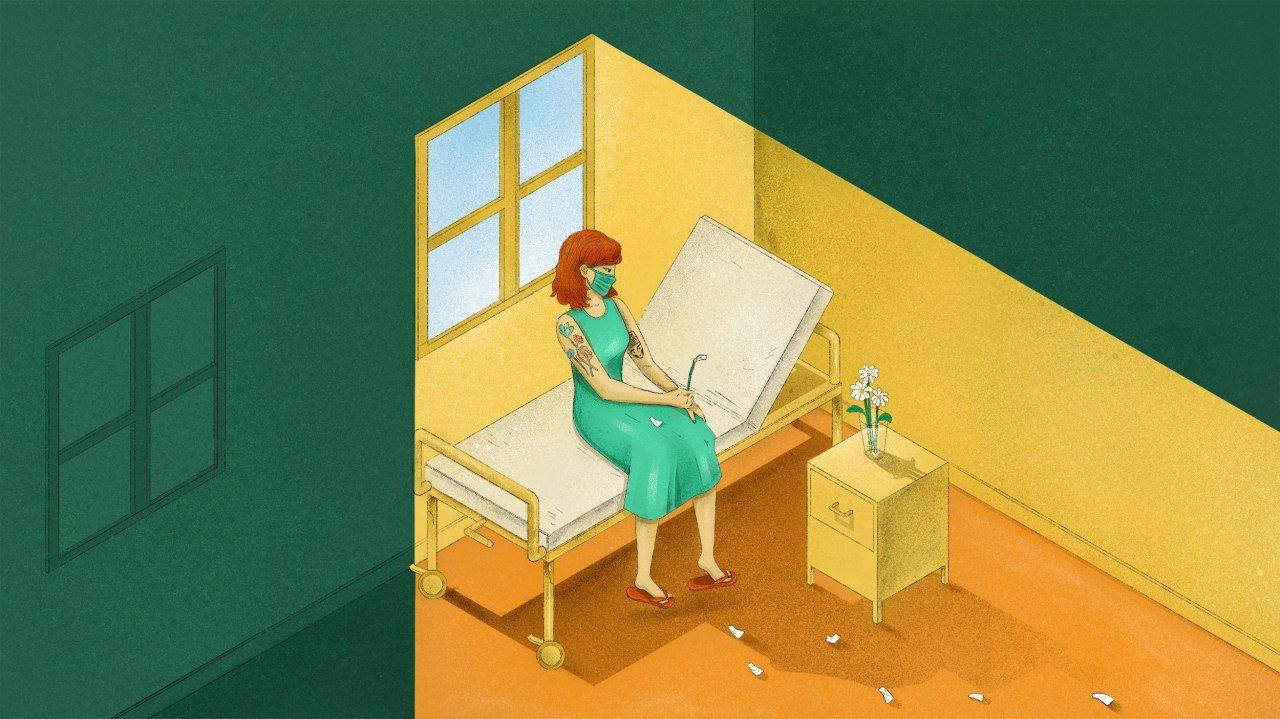 Succumbing to COVID-19 or Anxiety

The day Zammys Jimenez left Atlanta, only 7 had tested positive for COVID-19 at Fulton county, and there were 121 confirmed cases across the state of Georgia.

We spent that time calculating the risk of infection, going over the itinerary of the day before, recording every surface we touched. We read the Center for Disease Control and Prevention (CDC) guidelines and updates. We listened to Trump go against Anthony Fauci’s predictions and assure the population that the epidemic “is going to be down to close to zero.” We gave in.

The first case in the state had said it was caught on the subway. Ever since then, we tried to avoid public transport. Our contingency plan, as well as a streak of panic, came early. Even so, she still developed every symptom of COVID-19.

Zammys is 29 years old but she has asthma. She had a fever for 15 days, with a dry cough and sore throat. Coronavirus would have suffocated her by now, we thought, but where does a sore throat end and a virus strong enough to pierce your lungs begin? How can you be sure it’s one or the other? And, the most unsettling, where can a Cuban tourist go if they are unable to pay for a medical appointment, in one of the most expensive and inaccessible health systems in the world?

A week before she was scheduled to go back, Zammys caught an empty Delta Air Lines flight back to the island. They arrived in Havana on March 16th, where they were treated in the rooms of the Pedro Kouri Institute of Tropical Medicine (IPK), the only four confirmed cases of COVID-19 in the entire country.

She didn’t want to hug her husband. She didn’t stop to see her parents (considered one of the groups most at risk). She unpacked, with a mask on her face, and went to straight to A&E at the Manuel Fajardo Rivera Military Hospital, in Santa Clara.

“On the plane, I was thinking that this virus has a long incubation period, and that we can pass it on even if we aren’t showing symptoms. I told myself: I might have something deadly with me right now, that won’t only kill me, but also the people I love and strangers who are exposed. I had the opportunity to change that.

When I decided to admit myself into hospital, I thought that it would be for the best. The doctors were in a state of alarm. The Cuban people weren’t, but they (Health professionals) knew that this wasn’t something to be taken lightly.

In the observation room for patients suspected of having COVID-19, I was calm for the first time. There is a point in the pandemic when things get too much for the health system, infrastructures collapse; however, health assistance in Cuba was top-notch, up until then.”

Zammys is a professional musician. She has been the leader of rock band Los locos tristes for over a year, where she is also a singer and composer. During her time in the hospital, she was allowed to have her Q-Chord, an instrument full of chords, keys and dials which she uses to make music sometimes.

“A 22-year-old woman, a mother of two children, asked me to play something, that the room was dead. I smiled and told her that it wasn’t exactly a musical instrument. Then she asked me if I was a musician or not. Because if I really was a singer, I should sing something to cheer up the place.”

One of the patients drank coffee that her family had brought for her.

“She offered it to all of us! For us to drink from her cup, that she didn’t have anything, she said!”

Relatives had to hand both food and any other personal objects to security guards. Protected with gloves and masks, they would take them to the infirmary, where nurses would then give these belongings or food to the patients.

“They would take our temperature and examine us at least twice a day, even if we didn’t have a fever or felt hot. We had to change the mask every two hours; the bedsheets and our robes, every day. Breakfast, snacks, lunch and dinner all came on time, they were quite good, well-prepared.

They would clean the floor with disinfectant twice a day. We were all women. Most of them were 45 years or older. A whole family was admitted one day, under the suspicion of having Coronavirus. There was a senile woman amongst them and she was taken to a special care room.

We were in a large place with two cubicles separated by a wall. Six beds in one and nine in the other, with a good distance between them. I remember that two women tested positive and were then moved to a special room to begin their treatment.”

Tests to confirm COVID-19 weren’t carried out on all the patients immediately, who had been admitted between 16-20 March.

“You had to have more than one symptom. They would monitor you for the first few days and, at least in my case, if things carried on as they were, you wouldn’t have the test done. I only had a dry and severe cough by that time. However, I insisted. One of my friends in Atlanta had begun to show the same symptoms as me, that’s when I called the doctors and told them of the risk.”

Zammys didn’t know the results of the test until noon on March 20th.

“One of the patients said that she was a missionary. She was panicking. She asked for a Bible. At some point, she asked me how I could be so calm waiting for a result like this. I told her that my biggest fear was infecting my loved ones and losing them. But just me, there, admitted into hospital, I don’t know, those fears just vanished.

“In the mornings, a doctor would give us an update about the COVID-19 situation in the country and our own evolution. I saw everyone in that hospital working to fight the epidemic, not just doctors and nurses, but technicians, cleaning and maintenance staff.”

Zammys had a bath twice after her results came back negative for COVID-19. Before being discharged and when she got home.

Like any Cuban, Zammys needs – even though she resists – to leave the house, break her confinement, stay in crowds sometimes. She has to put on her homemade mask over half of her face and line up with hundreds of other faces, which are just afraid as her own, until they can get a bit of disinfectant, rice or soap. She is losing her patience just as quickly as the Coronavirus curve in Cuba is growing. “There is little food and the State doesn’t have resources, they’ve even said this on TV,” she wrote to me.

If the virus has shown us anything, it’s that the way people panic and how much they panic is the same, just like the virus is. It succumbs in any social group, any ideological belief. We have seen horrors in the West, as well as their fragility. After this virus, one of the many lessons we can learn is that borders of any space (geographical, magical-religious, political, ethical) have been blurred and ethnocentrism and supremacy (of countries too) have been given a boost.

The state of anxiety that is growing with this curve will be another form of contagion for those of us who escape the virus. Nobody can escape it.