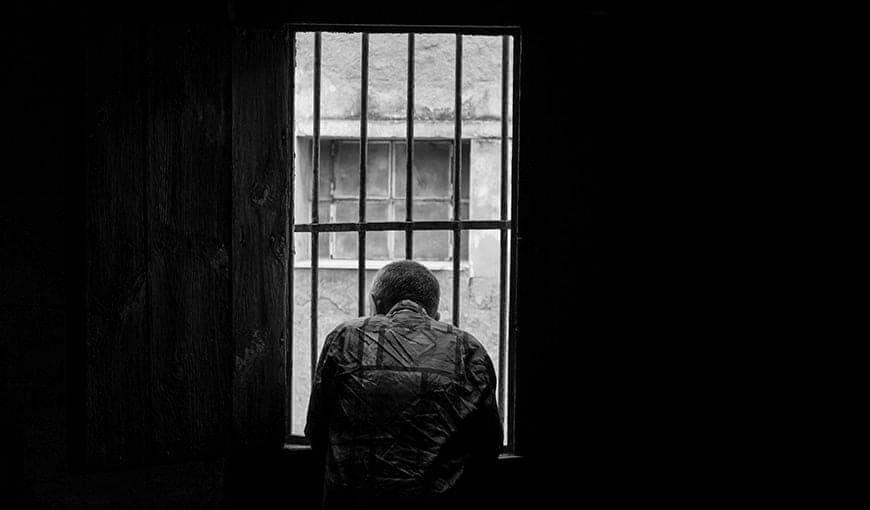 Suffocating… Afraid of Our Own Country

HAVANA TIMES – The knock on the door came at 9 PM and I could see two men and three women standing outside through the peephole, all of them elegantly dressed. The leader was wearing a checked shirt and leather shoes. The police, I thought.

Days before, Iliana Hernandez (a reporter for Cibercuba) had her house searched. The Clandestinos movement had been trending and the authorities were looking for those responsible. A patrol car had been driving around my block for days, and I felt like I was being watched.

I hid my cellphone and computer because Iliana’s had been seized. I lit a cigarette and opened the door. The three women were standing behind the two men; they were blocking off the staircase somewhat. The leader asked for Roxana. She doesn’t live here, I told him, and I tried to close the door without being impolite. The man continued to ask questions. I repeated that Roxana didn’t live here and I closed the door. They stood behind the door for a while, checking through papers.

They are trying to make us afraid of our neighbors.

A week ago, the police stopped a truck that I was traveling on back from Matanzas. There were three of us men and two women in the back. With packages and bundles. The police officer asked me for my backpack. I had hundreds of Gbs of interviews and photos, as well as my articles and independent Cuban movies and documentaries on that laptop. What they would call “subversive” content. Plus, I don’t have the certification of purchase for my laptop because I wasn’t given this when I bought it. The police officer checked my backpack, saw that I only had the computer inside and said that everything was OK.

They are trying to make us afraid of the police.

Many of my journalist friends who work for state-controlled media live with the pressure of not being able to read almost any independent media website. When I used to work for Granma, I was once reprimanded for liking a post published by El Estornudo. Ever since then, before the Decree-Law about electronic surveillance was passed, there were people checking everything that we liked and didn’t like, and we were punished as a result.

They are trying to make us afraid of ourselves.

On Thursday, I spoke to my friend Yoe Suarez as he was leaving the police station in Siboney, where he had been summoned for an interrogation. He was told that he was being regulated, which means to say that he is banned from traveling outside of Cuba for an indefinite period of time. He was also threatened and told that his journalistic work might have consequences for his wife and son. I told him that the same had happened to me in Holguin, the last time I was arrested. Pyschological pressure. A form of torture.

I haven’t been limited yet from traveling, but every time I step foot inside an airport, I have the feeling that I’m not going to be allowed to leave the country. The afternoon I was meant to fly to the US, I was held for three hours waiting because of God knows what problem with my visa. My mother was losing her mind. She clung onto her saint necklaces and prayed to Ochun under her breath. The official was speaking on the phone the whole time and in the end, just as my flight was about to depart, I was allowed to board.

Nobody knows the exact reasons why a person can or can’t be prohibited from traveling, but you don’t really have to do anything concrete for this to happen. Nor do you have to be anything more than a Cuban citizen for them to summon and threaten you.

Facebook is full of complaints. Jose Jasan Nieves, Yoani Sanchez, Luz Escobar and other journalists aren’t allowed to leave their homes. Last week, Guillermo Farinas, an activist, was arrested; as was Boris Gonzalez Arenas, journalist; artist Luis Manuel Otero; and police officers have been stationed outside of Omara Ruiz Urquiola’s door, who was a professor at the Superior Institute of Design before she was laid off.

A person shouldn’t be afraid to go outside, to show themselves, to publish or comment on something. But so much suffocating is making us afraid of our own country.