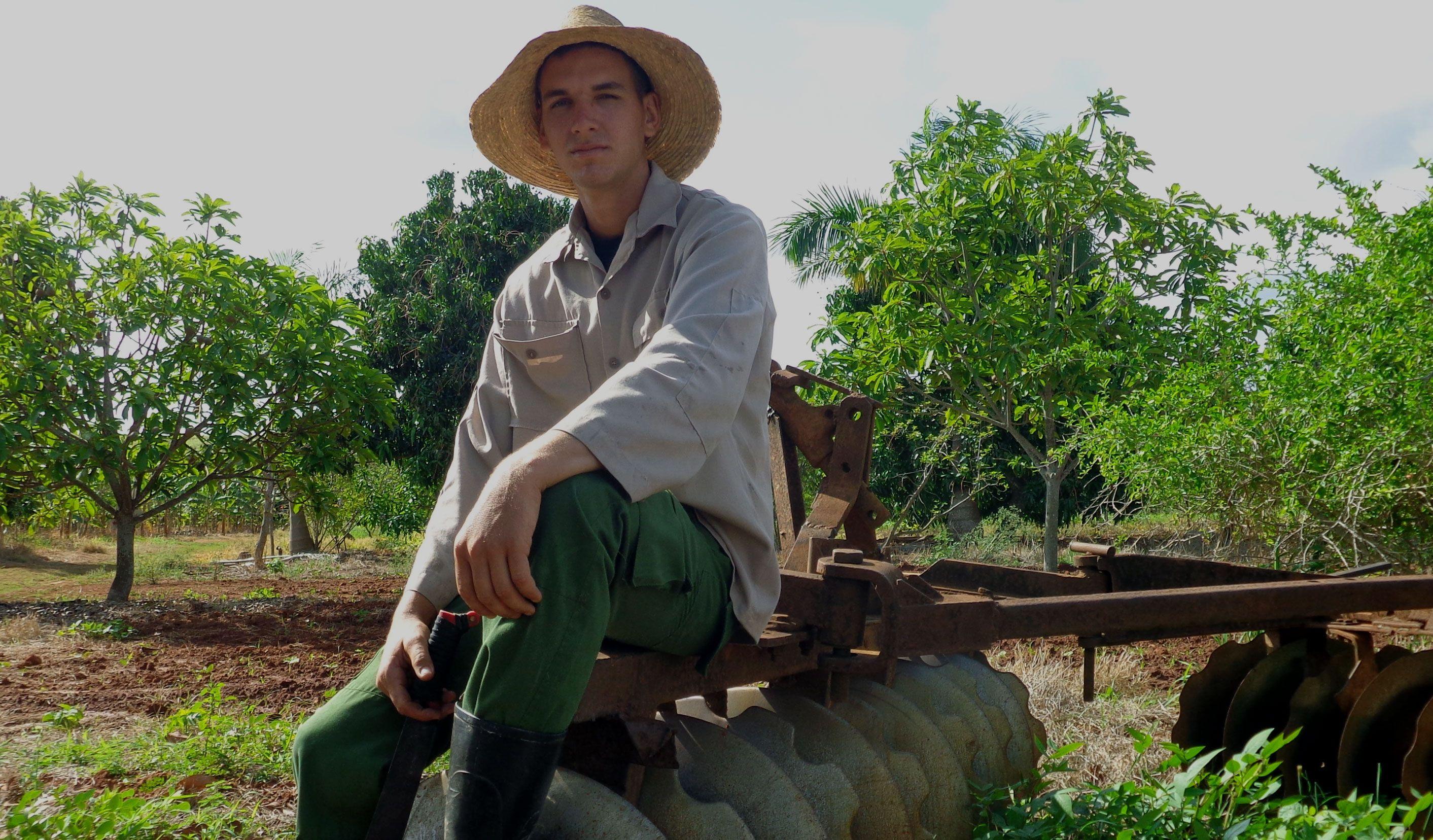 The Casanas Family: Communism in Practice?

Nicolas Casanas brought his children and several descendants together to take charge of the farm work. He applied a simple division of duties and assigned each one specific responsibilities. None of them earn money.

The money they make between them goes into a common fund. This is where members of this “commune” get the cash they need to meet their needs. Their lands have prospered using this method.

After Hurricane Gustav in 2008, they rebuilt the farm by planting fruit trees. There are about 7000 mango trees, 2500 avocado trees, 1000 lemon trees, as well as guava, soursop and mamey trees and rare trees on the island like jatoba, breadfruit and acerola trees, distributed over their almost 200 acres of land.

There were even exotic fruits like pears and apples, the latter was planted by the granddaughter, among cotton plants, using some seeds she received from her grandfather. There are still some rows of posts connected with wire, the remains of old thriving vineyards. They now plant tomatoes, beans, malanga, root vegetables and leafy vegetables within this space, alternatively.

“This place is Communism at its best,” Anibal says, one of Nicolas’ sons. “The old man is the one who deals with the money. We are like a community who generate revenue which makes our lives easier.”

And even though this isn’t Communism as it is described in theory (they still use money here at least and there is a hierarchy: the father is in charge), the Casanas family seem to get by and work well together. 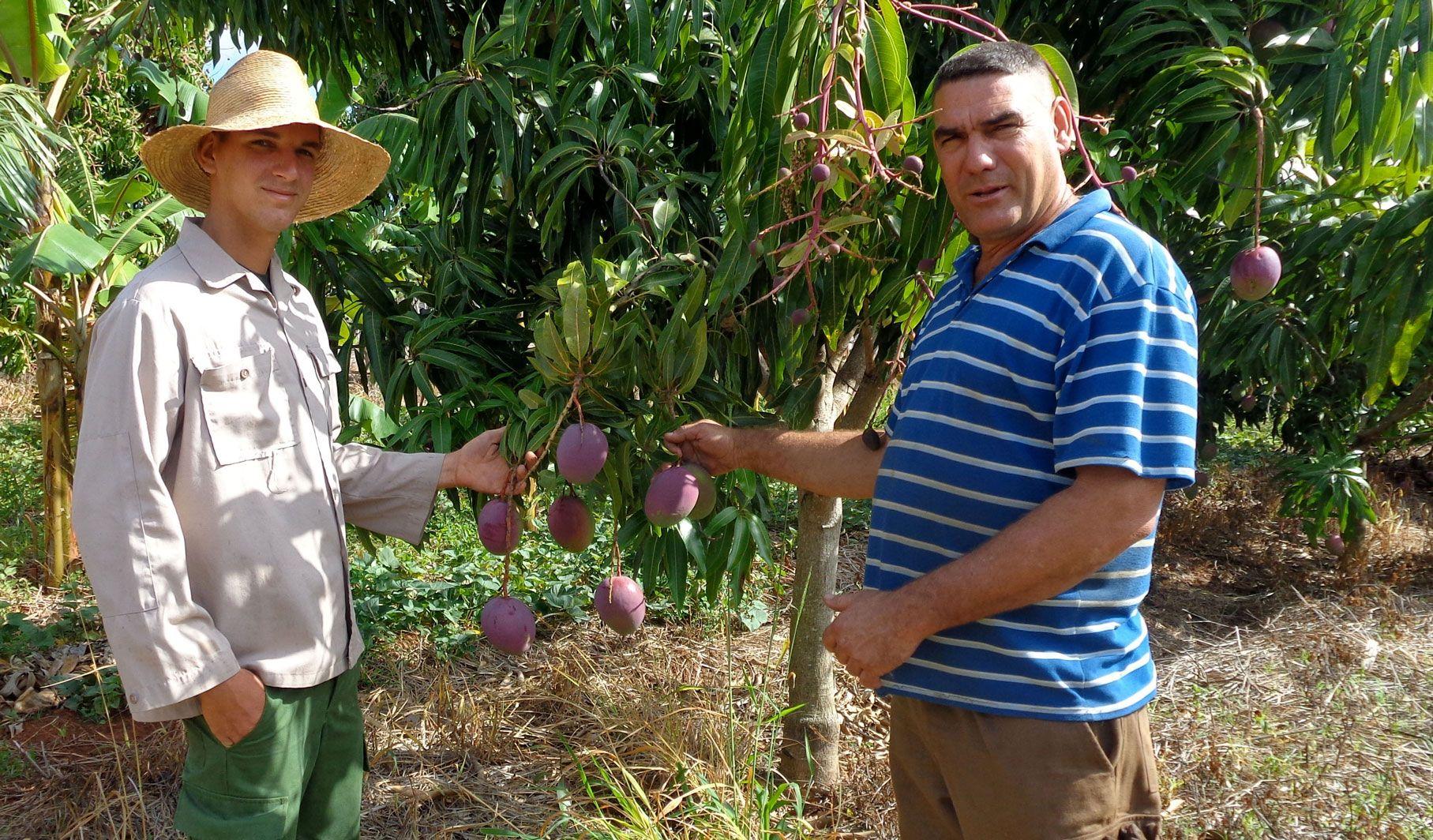 Anibal and his son, Ernesto. Photo: By the author.

Food is bought using this “common fund”. Money to buy materials to build everyone’s homes has also come from this fund. They have already built the main home, which is comfortable and spacious on the elevation, and they will now improve the others.

They have also handed out different tasks so as to optimize their ecosystem. Ernesto, one of the grandchildren, is responsible for watering the crops, while his father, Anibal, deals with the contracts, selling consumables and sanitary control.

“We spend the whole year farming, even Sunday mornings. In the afternoon, I go out to have a bit of fun. I find it comfortable working for myself, I’m more motivated. The countryside is where I feel most at ease,” Ernesto says.

Working from very early on, he protects himself from the sun wiith a long-sleeved shirt, a hat and olive-green pants.

“We do everything as a family here. We only hire more people when harvest time comes around because we need to,” the young man says, who is just over 20 years old and studied agronomy at a technical school.

In this separation of duties, one of his uncles is responsible for upkeeping their old machinery. He repairs the tractor or horse carriages in his workshop; he makes new pieces on the lathe or he welds and mends the old ones. Another uncle is responsible for the farm’s livestock, taking care of the animals, the cattle and milk production, whose son also helps him.

Having developed a commune based on the family has given them solvency, but it hasn’t saved them from national agricultural problems. The Casana family believe that a faster way to get hold of resources and process requests from those who make the decisions, would increase overall food production. 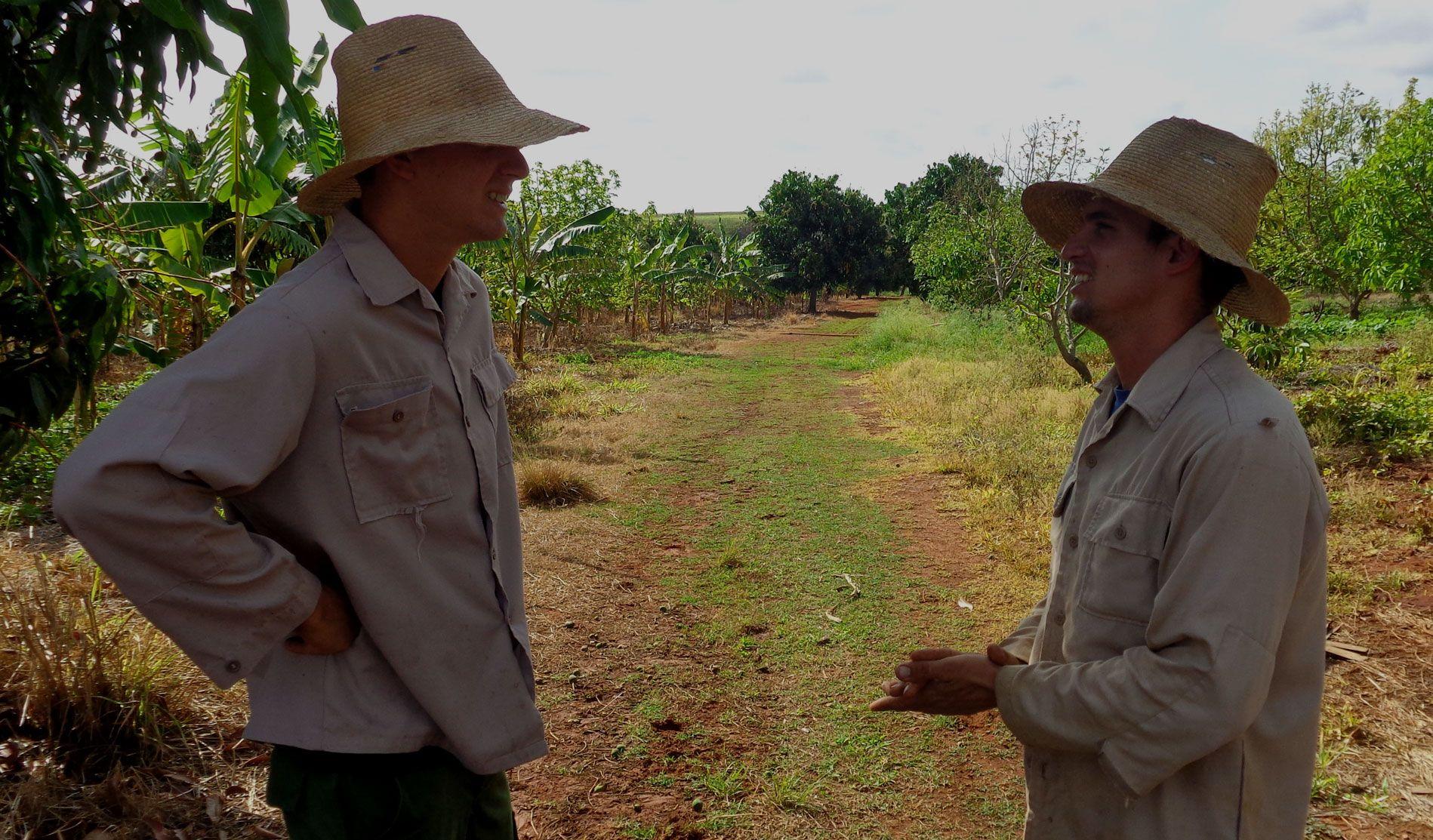 Ernesto and another one of Nicolas’ grandsons. Photo: By the author.

“Before starting your harvest, you need to have the technological package. There needs to be a better management system, so that the productive base is able to get supplies more directly; establishing everyone’s role clearly: I plant, you buy it from me and another body is responsible for ensuring there are supplies.

“Why can’t I buy my supplies myself? It’s discouraging to see that you spend time, money, effort, part of your life working and then someone who has no awareness of what is going on, decides to limit a resource and this affects people at the bottom,” Anibal says.

The Casanas are independent farmers and Nicolas is a landowner in a country where 86.2% of its total lands belong to the Socialist state. They chose to break away from the productive forces who dominate the Cuban countryside in order to build a future which almost solely depends on their own collective efforts.

The family’s newest members, two great-grandchildren who were born a couple of months ago, already have a place within this unique community. When they grow up, they might continue on with this tradition. For now, they at least have a solid roof over their heads, built with money from the family’s common fund.