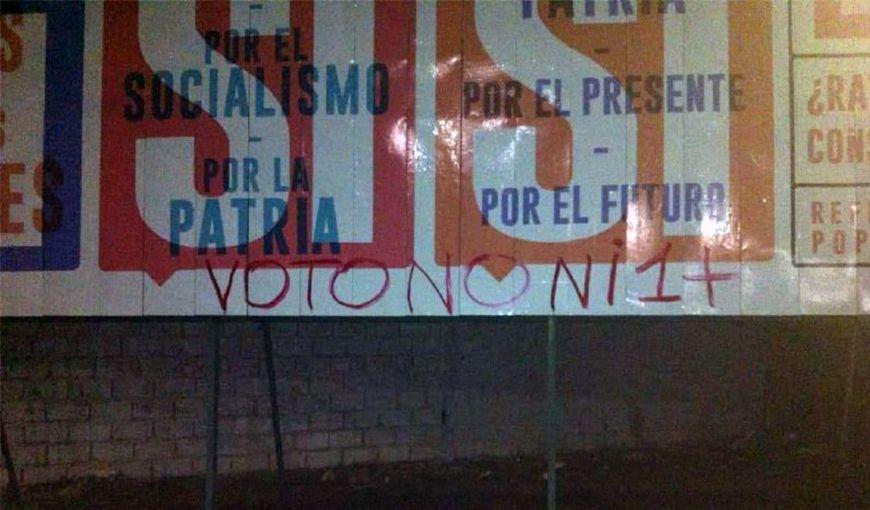 Cuba holds a referendum on Sunday, why is it important?

HAVANA TIMES – The political process that will culminate on Sunday, February 24th, with the constitutional referendum, is a lot more important than some skeptics give it credit for.

First of all, these past few weeks in the run up to the vote have served as an opportunity to hear the opinions, stances and silences of intellectuals, activists, civil society leaders, artists, alternative media and also those who make themselves heard on official government platforms.

On the other hand, the opinions of those who have spoken out have been wide-ranging. Many point out the shortcomings or flaws of the new Constitution, some others stress the importance of voting YES in order to ensure continuity.

In any case, these past few weeks have also been an opportunity to inform people properly or misinform them, to read between the lines and see the movements that are present in the national public sphere.

However, explicit and public NO and abstention supporters also serve as a measure of the State’s repressive machine. This constant tug of war between those in power and the people challenging them is key to empirically understand the price of public dissent, although this continues to be voiced, for now, especially on social media.

Plus, these stances have given us a small display of transparency. In a situation like Cuba’s, where there is a political system that usually divides the board (beyond the complexities that every reality reveals) into victims, aggressors, accomplices and indifferent, it’s important to point out to citizens what it is that we defend and this in turn places us into one of these four groups.

Recognizing the system’s victims, and identifying ourselves as one more, is usually the first step towards taking transformative political action.

Secondly, the referendum is an assessment of the Cuban Communist Party’s (PCC) system. Of course, the electoral process has been unfair in public spaces that have been “privatized” by the Party and reserved exclusively for their own “SI” propaganda. Plus, as the National Election Commission isn’t an independent institution (being controlled by the Party), its decisions and procedures might always have some political bias.

However, this flimsy fraud has its risks because any citizen present during the vote count, can tell us whether they see anything strange going on. Plus, the PCC will also have the real results anyhow, and even if they don’t publicly disclose them, their reaction after the referendum can shed some light on the level of dissent they came across at the polls.

Thirdly, the process has also been an assessment of society’s illusion and our capacity to revive it before Feb. 24th, and also after when the PCC most likely announces (no matter what the results are) that it has been an “overwhelming victory for the Revolution”.

This is why I believe it’s crucial that we think about the possibilty of voting NO, or even abstaining, as a movement in the making, a suppressed civil mobilization, an illusion that is surfacing (although for many different reasons) to recover the right to dissent, which is not only basic but fundamental. An illusion that needs to infect the indifferent and disenchanted majority.

This is what my vote means on February 24th; I am voting for the hope to create civic participation, to recover the political consciousness that we have lost along the way, and that we have to recover if we want to head anywhere positive in the future.

Cuba’s atheist, Yoruba, Catholic, Protestant, and other beliefs, society needs to believe again. And, the vote of some people or many on Sunday, could be an important step towards this.