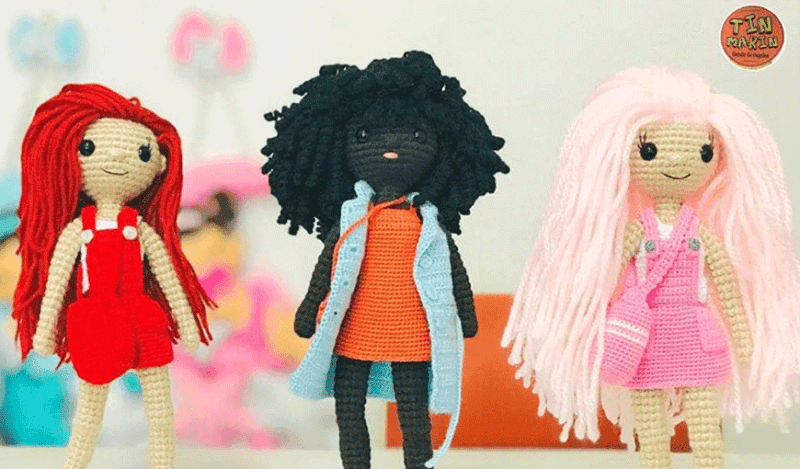 HAVANA TIMES – When it fell into my hands, it didn’t have a name. It was a solitary wanderer, the kind that embarks on a long journey without a clear destination, other than being loved for a while and then leaving again. She looked tired; it was like it hadn’t been easy for her either.

My mother gave her to me as a birthday present and when I laid eyes on that doll, they nearly fell out of my face, I was so happy to have her in front of me. I never came up with a name for her, I just called her “my black doll”.

I never gave her a name because doing so would have been like profaning the originality that held her very essence. Touching her was like feeling a strange and, at the same time, familiar pain. I had traced a life map for her in my mind, as if I had been with her every step of the way, as if every one of her hardships were part of my own, or similar.

Her imperfect smile was my happiness, what made me love her with every inch of my being, to the point that I didn’t let go of her as soon as I came home. Other people might have seen her as a simple cloth doll, but she was so much more to me. I felt like we had a strange telepathic bond; I confided my deepest secrets to her out loud, and I always felt like she was listening.

I always felt like we were two little girls and that we shared many things in common. Our unusual connection wasn’t fleeting. My mother thought that me inventing stories where she was the main protagonist was the fruit of my childhood imagination, but to tell you the truth, she was the closest reference I had of what I felt I didn’t have.

I wasn’t a girl who had lots of toys, maybe that’s why I appreciated her so much, and also because she was so different to my friends’ toys, including barbies, who were all blond or tanned with a great body. I felt especially close to her because we had the same color skin, that made me have a special love for her, to the point that my doll ended up becoming an illusion of myself.

She was different to all the other references I also clutched to in my childhood, all of which made up the metaphor of what being a woman is, which we are told to identify with at some point in our lives.

Cuban girls are also shown a miniature representation of “what we should be like”, from a very young age. We project our future selves as women with these objects.

Beyond different geographical and social realities, toys become a child’s best friend in their adventures and escapades, while also serving as a means for us to reproduce adult practices, which exclude anyone different to the norm. Generally-speaking, toys aren’t coherent with social equality, as they propose representations, behaviors and standards that are charged with stereotypes of gender, race, class, etc.

A reality is built for us with these toys, which sticks to hegemonic norms, and it becomes a scandal or something society quickly judges on if a girl begins to show preferences for “non-feminine” things, or if boys show interest in something that is socially considered “feminine”.

Dolls continue to be toys, which represent the role of “housewife”, or an object of consumerist desire which detracts value from the social being they represent. This makes us drag these values that we are forced to learn with us throughout our lives, as if they were politically correct. The constant story of girls playing house and boys playing sports or rough playing, has a direct influence on how we become attached to norms, from our childhood.

My black doll broke away in some way from these standards and even though I wasn’t thinking about any of this when I was a child, I did feel like I was holding gold. In some way or another, she represented the life of a woman who came from afar, breaking down barriers in a world built on preestablished norms.